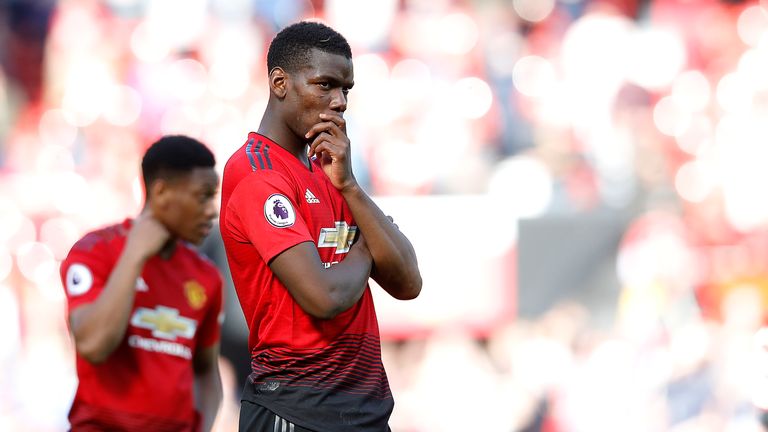 Paul Pogba would prefer to rejoin Juventus over a move to Real Madrid should he depart Manchester United this summer, according to Sky in Italy.

The Italian champions are keen to bring Pogba back to Turin and are believed to be trying to find a way to match the Frenchman's wage demands before approaching United.

The 26-year-old wants to leave Old Trafford and said on Sunday "it could be a good time to have a new challenge somewhere else." 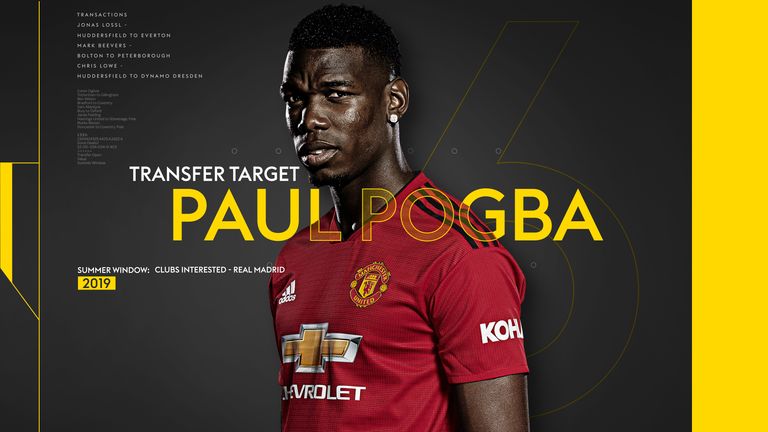 Pogba is unlikely to sign an extension to his United contract, which has two years left to run, although the club have the option to activate an automatic 12-month extension.

Sky Sports News understands United expect Pogba to remain at Old Trafford this summer, but accept a situation may arise whereby it would be best to allow their record signing to depart.

While they want to keep the World Cup winner, some at United are understood to have concerns about Pogba's behaviour and his negative influence over a number of the younger members of the squad.

Pogba spent four years at Juventus after turning down a new deal at United in 2012, winning four Serie A titles and two Italian Cups before returning to Old Trafford in 2016.

Juventus' sporting director Fabio Paratici travelled to United's London offices last week to hold talks over the signing of Pogba, although Adrien Rabiot, who is leaving PSG, and Lazio's Sergej Milinkovic-Savic are also understood to be on their radar. Sky in Italy understand Joao Cancelo, the Juventus right-back who is likely to leave the club this summer, could form part of the Pogba deal.

Real Madrid are also interested in signing the midfielder, who asked to leave United last summer too amid interest from Barcelona.

However, the Spanish side have already spent over £250m on new players this summer and have concerns over meeting their Financial Fair Play requirements.