Tottenham have failed with a "dizzying" offer to make Julen Lopetegui their new head coach, according to Sevilla president Jose Castro.

Spurs' managerial search is now in a third month as they seek a successor to Jose Mourinho, who was sacked on April 19 following a poor run of form.

The north Londoners have have been unable to secure an appointment despite holding talks with candidates including Mauricio Pochettino, Antonio Conte, Paulo Fonseca and Gennaro Gattuso.

Incoming football managing director Fabio Paratici, who has already started work, is understood to have contacted Lopetegui after he guided Sevilla to Champions League qualification next season with a fourth-placed finish in La Liga.

But the Spaniard, who signed a contract extension this year, would prefer to stay in Andalusia.

In an interview with Spanish radio station Cadena SER, which was published on Sevilla's official website, Castro said: "Julen rang me and told me. He said he'd received offers he'd not listened to in addition to a dizzying one from Tottenham.

"But he said he doesn't forget things and that he is very motivated here. We believed and believe in him, giving him a two-year contract extension, and I'm sure he will bring much more to the club. "You see his ability and leadership every day. Some coaches are more driven by economic factors but Julen is very clear that he is happy here and he even said it would be very difficult to find a better place to work than here."

Tottenham's players who are not involved in Euro 2020 are set to report back for pre-season training on July 5, with backroom staff due to take fitness sessions if a new manager is not appointed. 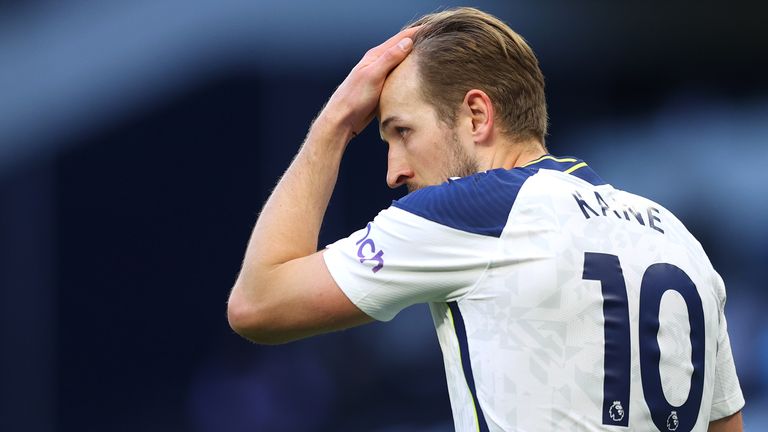 Michael Brown says Tottenham are in a difficult situation with the possibility of losing Kane and their failure to find a new manager.

City are open to including players in addition to the cash offer, but Tottenham are expected to reject the bid. Sky Sports News exclusively reported last month that Kane had told Spurs he wanted to leave this summer with Man City, Manchester United and Chelsea interested.