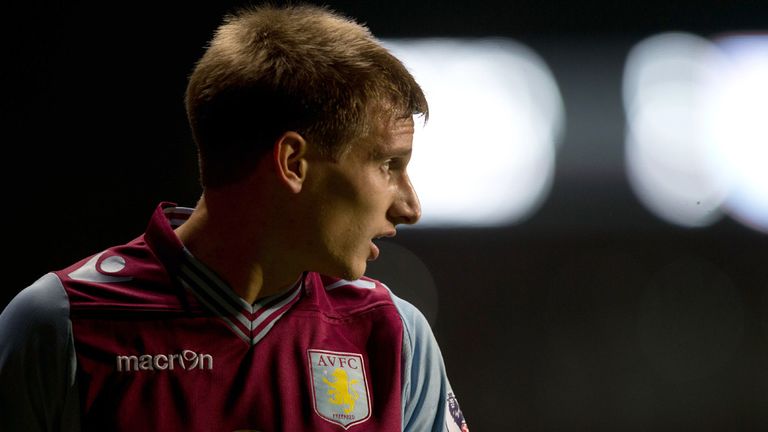 Albrighton has been with Villa since he was a trainee, signing his first professional contract in the summer of 2008, although he has only made 91 appearances over the past five-and-a-half years.

The 24-year-old, who was loaned out to Wigan earlier this season, has been hampered by injuries over the past two seasons and his present deal is due to expire in the summer.

However, he impressed after coming on as a 56th-minute substitute in Saturday's 2-0 home defeat to West Ham and is now in contention to start against Cardiff on Tuesday.

Asked whether he was planning to thrash out a new deal with Albrighton, Lambert said: "I'll definitely sit down and talk to him.

"It's just the way things have worked out with games, his injuries, one after the other, but I know he's out of contract, so I'll sit down with him.

"Every time he has come on for me he has done well. He's just been really unlucky with his injuries which have kept him out for a long spell.

"But he was excellent on Saturday. He put some great balls in, he hit the post and set up the chance for Christian Benteke when he hit the bar.

"He was a plus point, the one really bright spot for us."