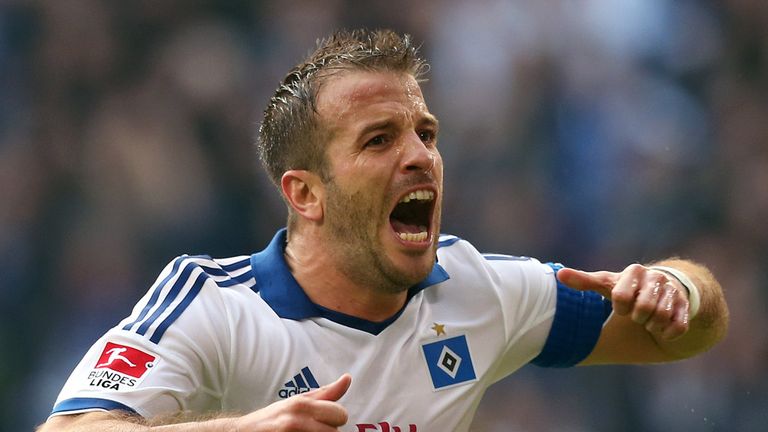 Rafael van der Vaart insists he has no intention of leaving Hamburg despite their Bundesliga struggles in 2013/14.

The Dutch midfielder remains under contract until 2015 and claims he will look to honour that agreement.

The 31-year-old returned to Hamburg for a second spell in 2012, having struggled to produce his best at Real Madrid and Tottenham Hotspur.

He remains fully committed to the cause and insists he is not about to walk away from a tricky situation.

Hamburg are readying themselves for a relegation play-off after badly underperforming, and Van der Vaart is prepared to accept his share of the blame in a forgettable campaign.

He admits interest is being shown in his services from afar, with Ajax and Fenerbahce among those said to be keen, but talk of a summer switch has been quickly dismissed.

Van der Vaart told Sport-BILD: "Even if I have had a disappointing season, I am under contract until June 2015. I will not run away from here.

"Of course I have received enquiries from other clubs. My club is battling against the drop and others feel that they can pick up good players at bargain prices because of that.

"But I re-joined Hamburg in 2012 with the intention of staying here."