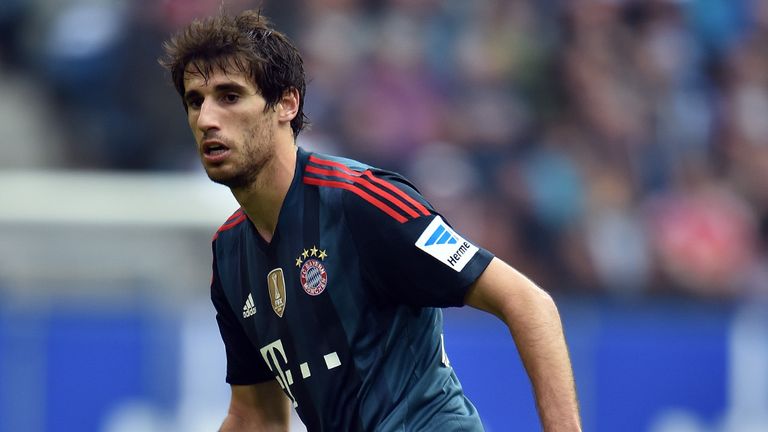 Javi Martinez: Insists he is not planning an exit from Bayern Munich

Bayern Munich midfielder Javi Martinez insists he is not planning on leaving the Bundesliga champions, despite being linked with an exit.

The 25-year-old has been reported as a target for Arsenal and Barcelona among other European sides in recent transfer windows, but he remains under contract at the Allianz Arena until 2017.

Martinez, who joined from Athletic Bilbao in 2012, featured 18 times in this season's title-winning side and was named in Spain's provisional 30-man squad for the World Cup.

Despite his future being the subject of much speculation, Martinez says that he is settled in Germany and has not considered a move elsewhere.

"I am just focused on staying on [at Bayern Munich]," he told Sport-BILD.

"I have read the newspapers saying Pep [Guardiola] is happy with my input. I believe the club is also delighted about my services.

"I have had great conversation with the authorities. We have never spoken about leaving the club. If the club is wanting me to stay on, I will stay on. And this is what I expect the club to be out for."