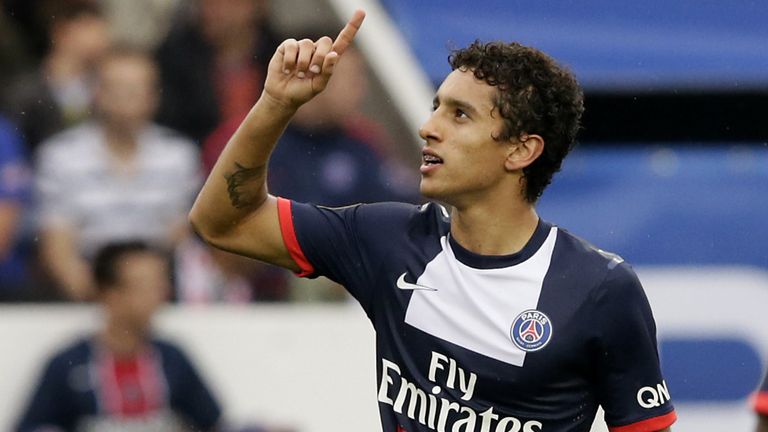 Marquinhos: 'Satisfied' by reports that Barcelona are interested in him

Paris Saint-Germain defender Marquinhos has admitted it is flattering to hear that Barcelona are reportedly interested in signing him.

Speculation has suggested that Barca are keeping tabs on the Brazilian centre-back and the announcement this week that PSG have agreed a deal to sign David Luiz from Chelsea has only fuelled talk that Marquinhos could be allowed to leave the French capital.

Marquinhos remains committed to PSG, where he has a long-term contract, but says the link to Barcelona shows that he must be performing well.

"If Barca are so interested in me, this is something that makes me very satisfied," he is quoted as telling Le Parisien.

"It's flattering as Barcelona are a club that have won all competitions in the world. But that aside, I can't say anything else about Barca."

Marquinhos is staying focused on PSG and is relishing the competition for places in defence, which will be more intense when Luiz finalises his transfer.

"I think David Luiz made a good choice going to PSG," he said.

"Now when I see the players that are coming, I realise it will be difficult. I'll work even harder.

"I have a contract until June 2018. Let's see, anyway, my agent will talk with the club about my future as this season is very important to me."