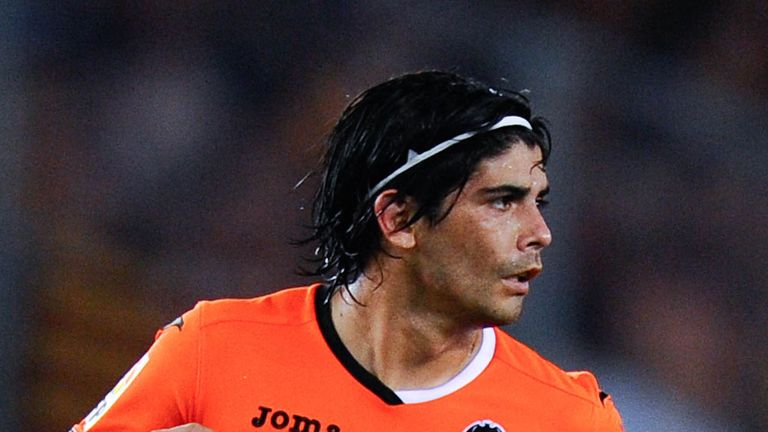 Ever Banega: Attracting interest from a number of clubs

Valencia playmaker Ever Banega is a target for a number of Premier League clubs this summer, Sky Sports understands.

Banega is back at Valencia after a spell on loan back in his native Argentina with Newell's Old Boys.

The 25-year-old started his career with Boca Juniors in his homeland before moving to Valencia in 2008 and he established himself as one of the most exciting playmakers in Europe during his time in Spain.

The skilful attacker has been linked with a move to England in the past with the likes of Manchester United, Everton and Sunderland credited with an interest in his services.

Banega's, UK representative, Jonathan Hope, has confirmed a number of Premier League clubs have expressed an interest in signing the South American.

"We have had immense interest in the Argentinian international," Hope told Sky Sports. "I can confirm I am personally speaking to two top clubs who have expressed real intent in capturing the player."

"He is a top quality player and he is still only 25 and I believe he would be a major success in the Premier League."