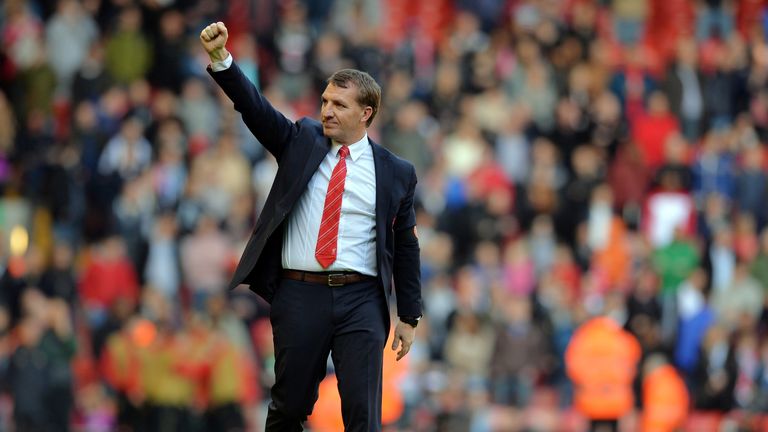 Liverpool boss Brendan Rodgers says he does not envisage signing any players on loan again this summer.

Since taking charge at Anfield, Rodgers has regularly dipped into the loan market to bolster his squad, with the likes of Nuri Sahin, Victor Moses and Aly Cissokho all spending time on Merseyside.

But now, with a UEFA Champions League campaign on the horizon next term, Rodgers does not believe loan signings will be beneficial to his squad.

"I would hope we don't have to go for loans this summer," Rodgers told the Liverpool Echo.

"But it's always about the availability of players. If you are not satisfied with the squad and you feel you can improve it, then you have to look at every option.

"In these first couple of years I've been here, we have had to do that as we've had a thin squad.

"The players we wanted we couldn't get but we're hopeful that this summer will be different. We turn the page and it's another chapter in terms of where we are going.

"Hopefully that will mean it will be more permanent players than loan players but I can never rule it out completely. There could be a situation where a player becomes available, we can get him and he can add to what we're doing."

"We are really preparing for next season. I've had some very good meetings with our recruitment team. We are very much together as one."

Rodgers is working hard on Liverpool's targets for this summer along with the rest of the club's 'transfer committee'.

A four-man panel was set-up by owners Fenway Sports Group, rather than bringing in a director of football, and it sees Rodgers work with managing director Ian Ayre, head of recruitment Dave Fallows and head of performance and analysis Michael Edwards.

"The principle idea when I first came in was that like any manager you will have the first call on a player and the last call," he continued.

"That's the call on whether he's good enough to continue to look at and try to organise a deal and the last call to say yes or no.

"There is a big part that goes on in between. In modern football, you need to trust other people to do the work. That's something we do here and that's why we have had the success we've had.

"The finer details of that are left to Ian who does a terrific job and our other guys in that field who will go through the contracts. I am aware of where the situation is at right the way through the process.

"We will never bring in a player here who the manager doesn't want in. That's a great credit to the owners and the other people at the club.

"We work very closely together - it's worth stressing that. It's key that we are very much one club.

"We are really preparing for next season. I've had some very good meetings with our recruitment team. We are very much together as one."

Liverpool are believed to have identified their top targets with Southampton's Adam Lallana, Emre Can of Bayer Leverkusen and Sevilla full-back Alberto Moreno all reported to be high and Rodgers' wanted list.