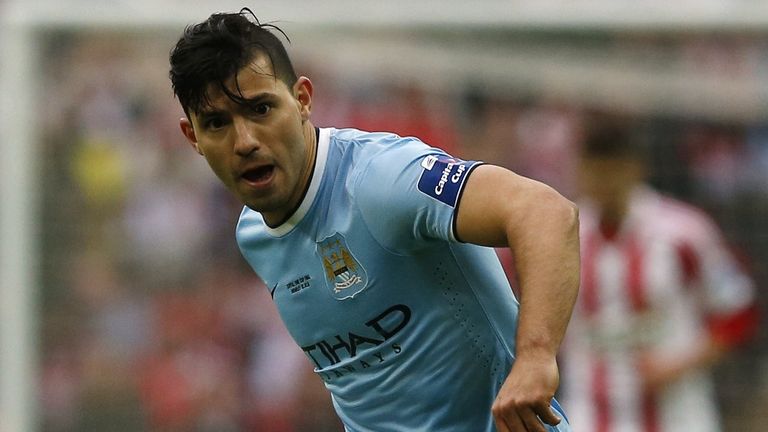 Sergio Aguero insists he is staying at Manchester City amid speculation linking him with a return to Spain.

Barcelona and Real Madrid are reportedly interested in signing the Argentina international striker.

But Aguero is adamant he has no intention of leaving the Etihad.

He told Spanish radio station Cadena Cope: "There's lots of talk about Real Madrid and Barcelona. It's always the same every year.

The 26-year-old has been a huge hit at City since joining from Atletico Madrid in 2011, and has helped them win two Premier League titles in three years.

Watch Sky Sports News from 9am this Wednesday for the announcement of next season's Premier League, Football League and SPFL fixtures.