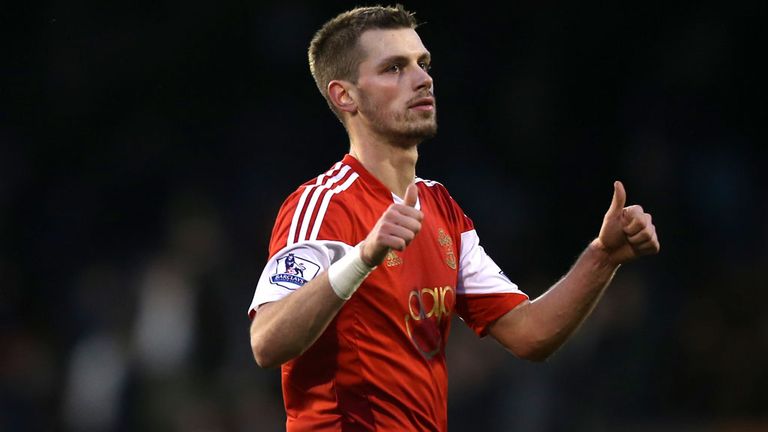 Morgan Schneiderlin: Southampton are aware of his plans

Morgan Schneiderlin has refused to be drawn on reports suggesting he could be another player heading for the exit at Southampton.

Rickie Lambert started the summer exodus at St Mary’s by agreeing a switch to Liverpool, and fellow England international Luke Shaw completed a big-money move to Manchester United on Friday.

Adam Lallana is understood to have undergone a medical at Anfield ahead of a proposed transfer to Liverpool, and speculation that Scheiderlin will be the next to leave the Saints continues to mount.

North London rivals Arsenal and Tottenham Hotspur are said to be leading the chase for the France international – who is currently away on World Cup duty.

"I’ve been there for a long time now. We’ll see how things go, but the directors know my position and what my intentions are."

Schneiderlin is reluctant to discuss his future while his focus lies elsewhere, but has hinted he could be tempted to seek a new challenge if Southampton are unable to match his ambition.

The 24-year-old midfielder said at a press conference ahead of France’s last-16 encounter with Nigeria on Monday: “Listen, I’m aware of Southampton’s situation.

“On a personal level, the club know my position and know what I want to do. I had a good conversation with all the directors.

“I’ve been there for a long time now. We’ll see how things go, but the directors know my position and what my intentions are.

“Everyone has ambitions, everyone has his own future in his hands, so we’ll see. Every player wants to play on big occasions.”

Pressed further on whether he could follow former Southampton boss Mauricio Pochettino to White Hart Lane, Schneiderlin added: “I’m not saying anything.”