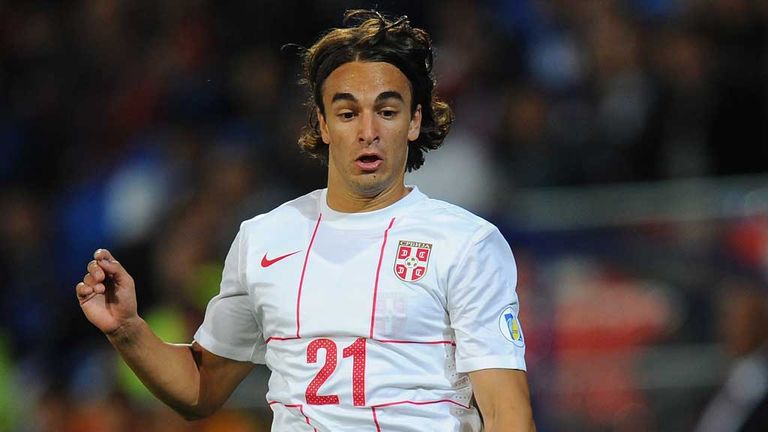 Liverpool close to sealing a deal for Lazar Markovic

With Luis Suarez’s move to Barcelona edging closer to completion, Liverpool manager Brendan Rodgers appears to be wasting little time in restructuring his squad ahead of the club’s return to the Champions League next season.

Serbian winger Markovic could complete a move to Anfield in the next 48 hours in a deal understood to be worth in the region of £25m.

A product of Partizan Belgrade’s youth system, Markovic is a full international with 12 caps and two goals to his name.

The 20-year-old joined Benfica on a five-year contract last season and Liverpool fans will be encouraged by the fact that he has won the league in each of his four seasons as a professional.

Markovic helped Benfica to a domestic treble last season and made 13 appearances in Europe as the club overcame an early exit from the Champions League to reach the Europe League final.

Origi could also join Markovic at Anfield with Liverpool understood be in advanced talks over a £10m deal with Lille for the striker’s services.

The 19-year-old featured in all five matches for Belgium at this summer’s World Cup despite only making his international debut weeks before the tournament.

He scored in Belgium’s group match against Russia and landed 82 per cent of his shots on target during the tournament.

Origi started 12 matches for Lille last term and scored six goals with a 32 per cent conversion rate. He also created 19 chances for the Ligue 1 side last year and reportedly could be loaned back to the club next season.

Liverpool have already signed Germany U21 international Emre Can from Bayer Leverkusen and Southampton duo Rickie Lambert and Adam Lallana.

Rodgers’ side have also been linked with another raid on Southampton for Croatia centre-back Dejan Lovren.

Former Liverpool striker John Aldridge thinks Lovren would be a good acquisition for the club.

“I think he is a really good centre-half and he showed that at the World Cup, he did very little wrong there,” Aldridge told Sky Sports News.

“When he’s played against Liverpool he’s been outstanding and I think he scored the winner at Anfield last year as well.

“Everyone knows Liverpool could have been a lot better at the back last year. Brendan probably sees Lovren as a leader and more of a talker (than the other central defenders at the club).”