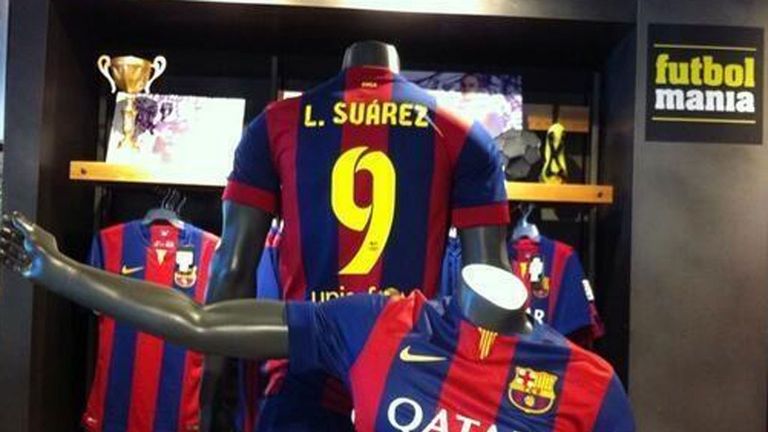 In Barcelona, one shop has already started selling Suarez shirts

Negotiations are continuing between Liverpool and Barcelona over the transfer of Luis Suarez.

Spanish football journalist Guillem Balague expects the deal to be completed in the next few days.

Barca are reportedly willing to pay £75m for the controversial Uruguay striker, who is currently serving a four-month ban following his latest biting incident during the World Cup.

Speaking to Sky Sports News, Balague said: "It's quite clear that Barcelona and Luis Suarez are on the same wavelength.

"Liverpool have given up on him and the figure that Barcelona need to pay has been reported at round £70m to £80m. In any case, that is as much as Liverpool wanted.

"There seems to be an early payment of 40m euros which Barcelona is waiting for the sale of Alexis Sanchez to be able to say 'here is the money'.

"But, in any case, it is going to happen and Luis Saurez's family expects it to be confirmed by the end of this week."