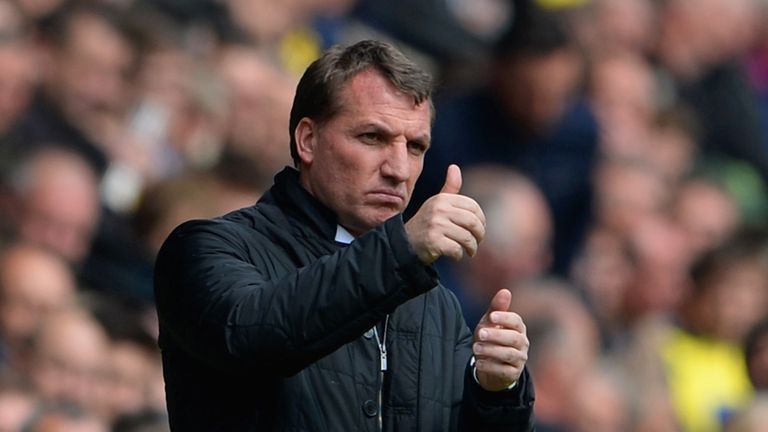 Brendan Rodgers: Keen to bring in another striker

Liverpool boss Brendan Rodgers has reiterated his desire to sign another striker before the transfer window shuts.

Rodgers saw his side beat Southampton 2-1 at Anfield on Sunday courtesy of strikes from Raheem Sterling and Daniel Sturridge.

With last season’s top goalscorer Luis Suarez having left the club in a £75m deal to Barcelona, and doubt surrounding the future of Fabio Borini, Rodgers remains keen to add to his front-line.

"I do still think we need another striker. It is something that we will look at but that will depend on the availability of one."

"I do still think we need another striker," Rodgers said. "It is something that we will look at but that will depend on the availability of one. Sunday was about winning and we got there.

"So we will search for that through to the end of the window but you see the players, the quality that we have."

Sturridge's winner on Sunday was his 36th goal for Liverpool in just 50 matches and Rodgers is pleased to see the 24-year-old picking up from where he left off last season.

"For Daniel, it was just a continuation, showing he can get goals," Rodgers said.

"That is 36 goals in 50 appearances which is (almost) the best of any striker in Liverpool's history. That shows the level he is at.

"He always looks like he will score. It was a poacher's goal, one of those where you anticipate a knockdown."

Rodgers also revealed Suarez had been in touch with the squad prior to Sunday’s game, but insisted Liverpool are now very much looking to the future following the Uruguayan’s departure.

"He sent us a lovely text wishing us all the best, which was a great gesture. He is a friend now of Liverpool. I texted him back. He's a great boy but he is gone now."

Get 3 months half price when you upgrade to Sky Sports, click here