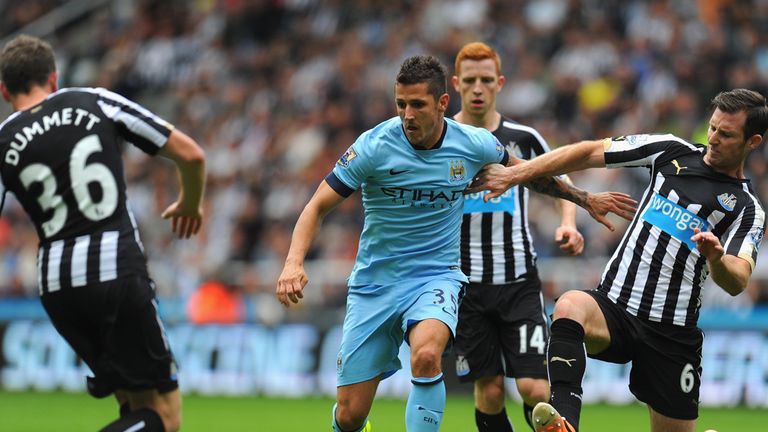 Stevan Jovetic insists he is happy at Manchester City and is determined to make up for a disappointing debut season last term.

The 24-year-old saw his first season at the Etihad Stadium blighted by a series of injuries which saw him make just two starts in the Premier League.

Juventus have been strongly linked with a move for Jovetic, but the former Fiorentina ace says he is happy at City and is focused on doing his best this season.

"I don't want to speak about last year, because I have said so many times what happened," said Jovetic

"I just want to look to the future.

"Of course, I am expecting so much from me this season, I expect to score so many goals.

"We have a very good team. There is great competition for places with Edin and Sergio and Alvaro.

"They are all there and we have to do our best and at the end, who is the best in that moment will play."

Jovetic was happy to start the season against Newcastle and believes the win was the perfect preparation for Monday's clash with last season's runners-up Liverpool.

"It was nice to start the first game. I am very happy because I played and we did a good job," added Jovetic.

"Also, Sergio came in and scored. We all did well.

"We showed we are in a good moment and it was important to start with a victory.

"We did that, now we need to look forward to Liverpool and I can't wait."

Get 3 months half price when you upgrade to Sky Sports, click here