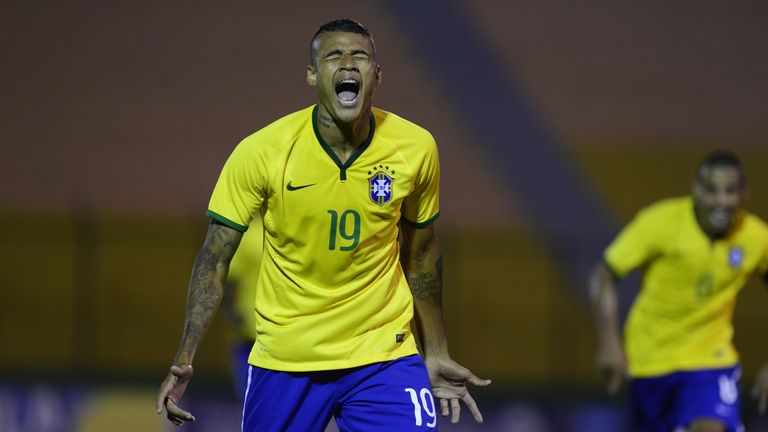 Kenedy: The attacking midfielder has seven caps for Brazil's Under-20 side.

Chelsea are close to agreeing a deal for Fluminense’s teenage attacker Kenedy, according to Sky Sports sources.

The 19-year-old will join his Brazilian U20 team-mate Nathan at Stamford Bridge after the club completed his transfer from Atletico Paranaense last month.

There is a strong possibility Kenedy will be sent out on loan to develop as Jose Mourinho already has a wealth of attacking options at his disposal with Eden Hazard, Willian, Juan Cuadrado and Oscar all vying for playing time in the attacking midfield roles.

It could be a busy week at Stamford Bridge as Chelsea are also favourites to sign goalkeeper Asmir Begovic from Stoke City.

The 27-year-old is viewed as a perfect replacement for Arsenal-bound Petr Cech, who is set to undergo a medical on Monday before completing a £10.9m move.

Bosnia-Herzegovina international Begovic has only one year remaining on his contract at the Britannia Stadium and the Potters are ready to make England U21 international Jack Butland their No 1 goalkeeper.