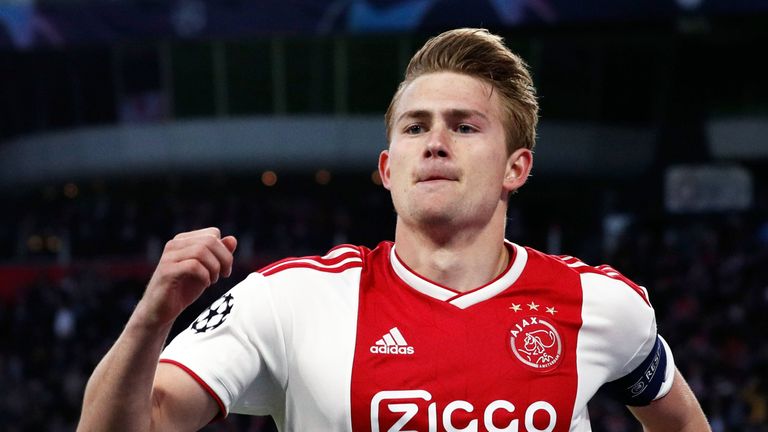 Juventus have agreed personal terms with defender Matthijs de Ligt ahead of his proposed move from Ajax, according to Sky in Italy.

It is understood the Netherlands international has accepted a five-year contract offer which will see him earn €12m (£10.75m) a season with the Serie A champions.

Sky Italy are also reporting a release clause will be included in his contract with Juve for around €150m (£135m).

Juventus will now start official talks with Ajax in an attempt to finalise the deal.

However, Paris Saint-Germain remain in the hunt for the 19-year-old and in contact with Ajax.

De Ligt is one of Europe's most sought-after players after captaining Ajax to the Dutch league and cup double as well as the semi-finals of the Champions League last season.

De Ligt would become Maurizio Sarri's first signing as Juventus manager after he left Chelsea to return to his native Italy.

The defender revealed he was asked about a move to Juventus by Ronaldo, who moved to Turin from Real Madrid for £106m last summer, at the end of the Nations League final earlier this month.