Jayden Stockley is in talks with Championship side Preston

Preston have activated the release clause of Exeter striker Jayden Stockley, according to Sky sources.

The 25-year-old has enjoyed a prolific season so far and is currently the top scorer in Sky Bet League Two having netted 16 goals in 25 matches.

Stockley scored more goals than any other player in the top four English divisions in 2018, with 32 to his name.

It is understood Preston have triggered his £750,000 buyout fee and will now hold talks with him. 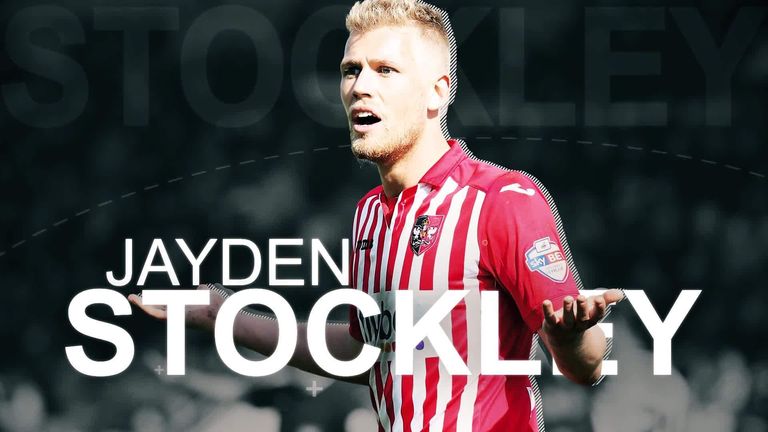 Wigan are also believed to be interested - with manager Paul Cook having worked with Stockley during their time together at Portsmouth in 2015.

Stockley began his career at Bournemouth and spent time on loan at Luton and Exeter before joining Scottish Premiership side Aberdeen on a permanent basis in 2016.

He spent a season in Scotland before re-joining Exeter, where he went on to enjoy the most prolific spell of his career so far.

Stockley netted 24 goals in 45 appearances last season as Exeter reached the League Two play-off final at Wembley where they were beaten by Coventry.