Charlie Edwards turned on the style to successfully defend his WBC flyweight title with a unanimous decision over Angel Moreno at the Copper Box Arena on Saturday night.

Edwards won every round against the Spaniard to retain the 112lbs belt in an impressive first defence since claiming the green and gold strap by defeating Cristofer Rosales in December.

The champion made a busy start, pumping out jabs, while Moreno responded by marching forward and throwing hopeful hooks, but was caught by clever counters.

Moreno continued to show a complete disregard for his defence in the second and was picked off by the accurate punching of Edwards before being caught by an uppercut after another reckless attack.

The third round saw Edwards resume where he left-off, a succession of straight hands from the Londoner roused the approval from the crowd as the bemused Spaniard walked into his shots.

Edwards started showboating in the fourth, dropping his guard and goading his former sparring partner, only to receive a furious ticking off from his trainer Grant Smith when he returned to his corner.

The 26-year-old got back to business in the fifth, using his footwork and movement to stay in control and keep Moreno at bay. 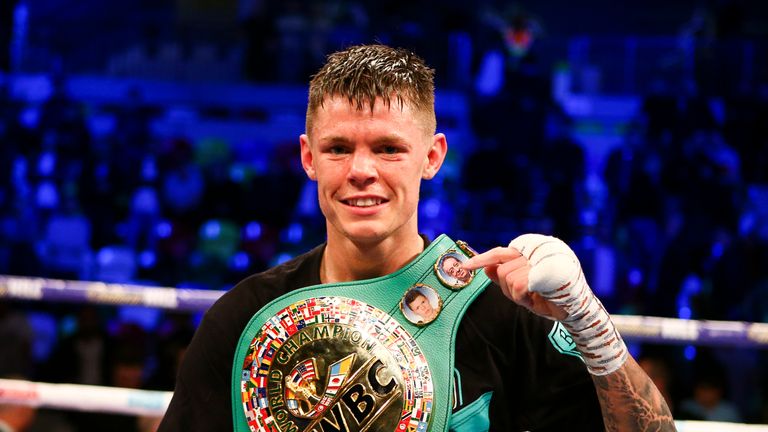 It was a punch-perfect, clinical boxing performance, just like I predicted. I'm going to go all the way and be a multi-weight world champion.

Moreno landed a decent hook in the sixth but Edwards connected with a superb uppercut to reassert his authority.

After controlling the seventh by throwing punches from every angle and using his superior movement, Edwards scored a flash knockdown in the eighth round with a swift counter.

Another uppercut by Edwards in the ninth had the crowd on their feet as the brave Moreno was backed up against the ropes.

Edwards pushed for a stoppage in the 10th and 11th rounds, whipping in spiteful punches, but his 35-year-old opponent refused to wilt.

Another punishing uppercut jolted Moreno's head in the final round and two right hands forced him onto the ropes but the challenger survived to hear the final bell and maintain his record of never being stopped.