England v India: Highlights from day one of first Test at Edgbaston 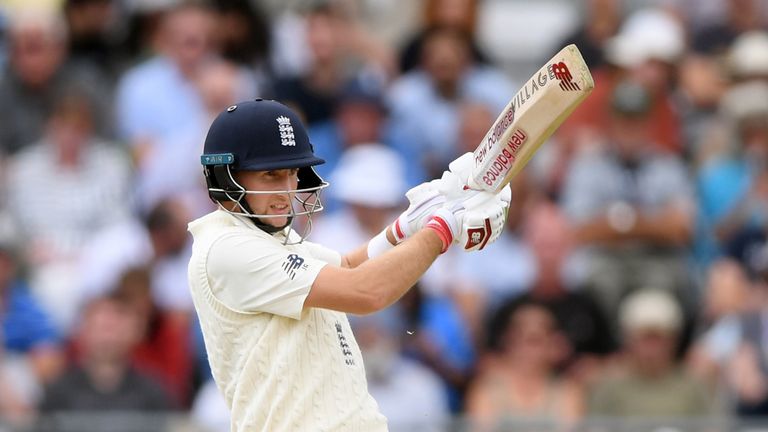 Ravichandran Ashwin took four wickets as England slumped to 285-9 at the end of day one of the first Test, having been 216-3.

Click play on the video above to see the best of day one at Edgbaston, as Root (80) became the quickest player to 6,000 Test runs in terms of time since debut - taking a record five years and 231 days - before his run out sparked an England collapse.

Ashwin (4-60) was introduced into the attack early and produced a perfect off-spinner to bowl Alastair Cook in the morning session and two Mohammad Shami (2-64) wickets rocked England's progress following a 72-run stand between Root and Keaton Jennings (42) either side of lunch.

Jennings was very unfortunate to be bowled, deflecting his defensive prod through his legs and onto the stumps, while Dawid Malan (8) was out lbw soon after.

Root and Jonny Bairstow (70) recovered the innings but with England in complete control, a direct hit from Virat Kohli to run out the England captain, as he came back for a second run, changed the game.

Bairstow chopped on to give Umesh Yadav (1-56) his only wicket of the day three overs later and in the next, Ashwin trapped Jos Buttler (0) lbw to leave the hosts reeling.

The wickets kept tumbling, six of them in total in the final session, with Ashwin removing Ben Stokes (21) and Stuart Broad (1), either side of Ishant Sharma (1-46) dismissing Adil Rashid (13).

Sam Curran (24no) and James Anderson (0no) saw out the day but India are firmly on top heading into day two.