Joe Root hit 79 not out from 87 balls as England beat Sri Lanka by five wickets in the opening match of their ODI series; watch the second ODI between England and Sri Lanka at the Kia Oval from 12.30pm, Thursday on Sky Sports Cricket.

Joe Root remains firmly in contention for a place in England’s line-up for the World T20 tournament later this year, according to limited-overs captain Eoin Morgan.

Root produced a match-winning knock of 79 not out from 87 balls for Morgan's 50-over side as they recovered from a middle-order wobble to beat Sri Lanka by five wickets and take a 1-0 lead in the three-match series.

Although the Test skipper did not feature in England's 3-0 T20I series whitewash of the Sri Lankans last week, Morgan confirmed he is also in contention for their World Cup challenge in the shortest format of the game.

Root was England's leading run-scorer in the last edition of the tournament five years ago, as well as hitting 54 in the final, which they lost to West Indies.

"I think there are a lot of people who are (in contention) and certainly you can't rule Joe out," said Morgan.

"The role he played in 2016, the runs he scored and the manner in which he scored them as well went a long way towards getting us to the final. His knock in the final as well was outstanding.

"I think circumstances in the last two years, given how busy the schedule is but also Test matches being a priority, hasn't allowed Joe to play as much T20 as he'd have liked.

"But he's one of the best in the world in most situations and he showed his class. Even yesterday at training it was notable how easy he found things. 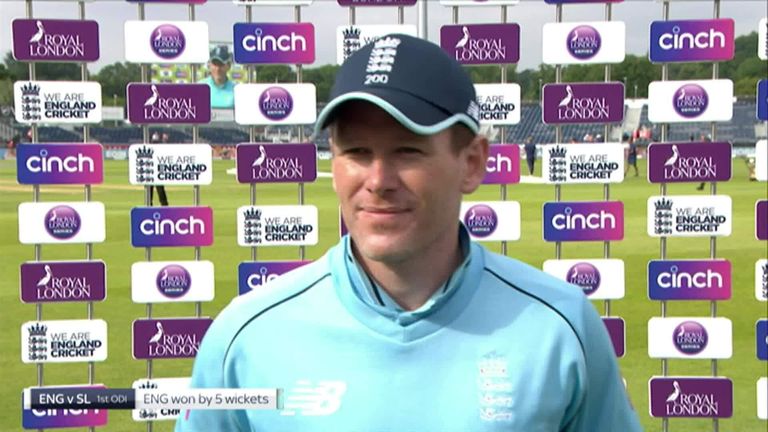 "He just does the basics unbelievably well and never seems to struggle, even though the wicket might have been a little bit two-paced. So it was a joy to watch him see the team home."

Root, who made his 150th ODI appearance at Emirates Riverside, was needed to hold the England innings together after they slid to 80-4 following an explosive opening stand of 54 between Jonny Bairstow and Liam Livingstone.

The 30-year-old steadied the ship, sharing a fifth-wicket partnership of 91 with Moeen Ali as England eventually chased down their modest target of 186 with more than 15 overs still unused.

Sky Sports pundit Michael Atherton feels Root's current omission from England's T20 side is more reflective of the depth of talent available than any slight on his ability to succeed in that format.

"It's not to say he can't play well in T20 or that he wouldn't get into many other sides - it's just that the strength of competition for this England short form team is so immense," said Atherton.

"He would want to play all formats but, given his responsibility as Test captain and if he's going to play in the 50-over side as well, where do you get your breaks as a player?

"It's no bad thing in my view, the way it's panning out for him but he wouldn't agree with that!"