England have called on some inexperienced players for their tour of Pakistan, including five debutants. Watch the first of seven T20s between England and Pakistan live on Sky Sports Cricket from 3pm on September 20

England tour Pakistan for the first time since 2005 ahead of the T20 World Cup in Australia - with injuries and poor form resulting in call-ups for some new names.

Opener Jason Roy has been left out after struggling for runs all summer, averaging 12.66, while Chris Jordan (finger) and Liam Livingstone (ankle) will not feature in Pakistan.

Captain Jos Buttler has been included in the squad for Pakistan but is recovering from a calf injury and is expected to only play during the latter part of the tour, with Moeen Ali leading the side.

This has given the opportunity for five uncapped players to get their first taste of international T20 cricket. Kent batter Jordan Cox, Middlesex seamer Tom Helm, Surrey batter Will Jacks, Warwickshire quick Olly Stone and Lancashire left-arm seamer Luke Wood are all included in the 19-player squad.

None of the uncapped players are in the squad for the World Cup, but Buttler and new head coach Matthew Mott will look use the Pakistan tour as an opportunity to see some of the stars of the future.

Sky Sports looks at just who the new players are.

Since joining Kent at the age of 10, Cox has gone on to become a key player for the side, helping them win their first trophy in a generation in the T20 Blast final in 2021.

However, in the latter half of his innings he scored a late flurry of boundaries to finish on 58 not out from 28 balls, becoming the youngest man to score a half-century in a Blast final and the second youngest to score one on Finals Day after Buttler.

He has also impressed with his athleticism in the field, including a moment of magic in the same final.

Cox has also played eight matches for the Oval Invincibles in The Hundred, scoring 191 runs this season.

This included 39 from 30 against the London Spirit, 61 from 33 against the Trent Rockets, and 32 from 29 against the Birmingham Phoenix in losing efforts.

Cox also scored 48 from 29 balls in a three-wicket victory over the Northern Superchargers, and he made his first-class, List A and T20 debuts for Kent in 2019 and has become a key member of England's under-19 side, scoring centuries against Sri Lanka and Bangladesh.

The youngster has also played grade cricket in Sydney and one game for Hobart Hurricanes in the Big Bash. 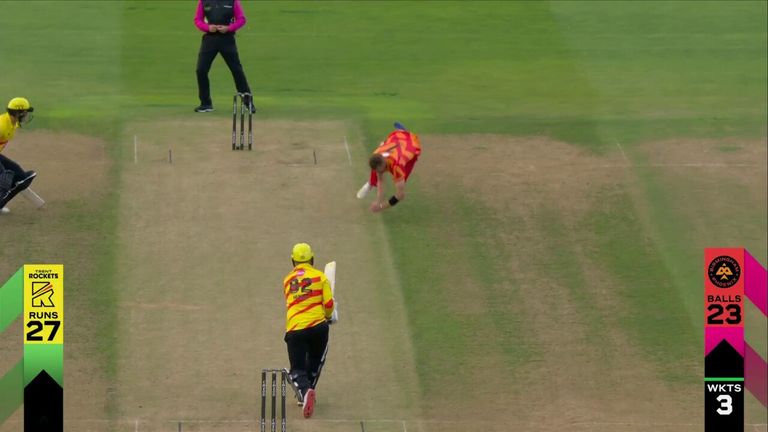 With the likes of Jofra Archer, Saqib Mahmood, Matthew Fisher and Sam Curran injured, England will get the opportunity to look at some new seamers in Pakistan.

Among those is Helm, a pacy and strong quick, who is regarded as one of the most promising fast bowlers in England.

At the age of 18, he signed for Middlesex, making his first-class debut a year later, ending with figures of 5-78.

However, injuries have hampered his progress, having suffered from stress fractures and injury mishaps.

At the age of 28, he has been called up to England's first team after impressing with the Lions, taking 5-33 against Sri Lanka A in Colombo - the second best figures in 30 years.

He also played for Birmingham Phoenix during the Hundred this year, taking 13 wickets in eight matches. 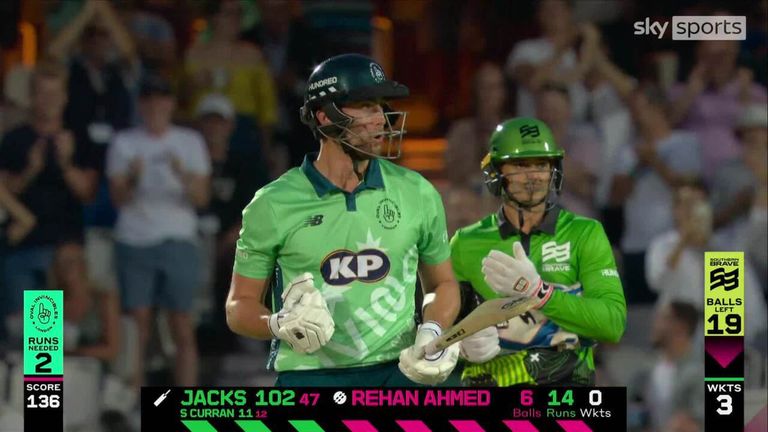 Off the back of a half-century against London Spirit for the Oval Invincibles in the final of The Hundred, Jacks will hope he can showcase his big hitting in England colours.

The batter, who plays for Surrey, has impressed for England at youth level, scoring a ton against India in an under-19 Test in 2017 and as vice-captain during the under-19 World Cup in 2018, where he scored 102 against Canada.

Jacks, 23, impressed for Surrey during their County Championship-winning season in 2018, scoring his maiden county century against Gloucestershire at The Kia Oval in the One-Day Cup.

In July 2021, he scored English cricket's third-fastest T20 fifty from 15 balls against Middlesex and was among a host of uncapped players named in a replacement England ODI squad for the series against Pakistan after a Covid outbreak forced those originally selected into isolation.

But he was not selected during England's impressive 3-0 series victory.

A tall, clean-hitting batsman, Jacks has impressed since breaking through in 2019, most recently during The Hundred, where he has scored 261 runs, including the highest score in the tournament's history, a 108 from 48 balls.

At the age of 28, Stone will have hoped to feature more regularly in England squads, but he has had an injury-plagued career.

However, when fit, he has regularly bowled some of the fastest spells in county cricket.

Back trouble affected the early part of his career, but Stone made his Test debut in 2019 against Ireland at Lord's.

He has taken 10 first-class wickets for England and a solitary wicket in his four international ODI appearances.

Despite the injuries, Stone, who has signed for Nottinghamshire from next season, is still regarded as one of the quickest bowlers in England and will hope he can put his fitness problems behind him in Pakistan.

Called up to the England ODI squad against the Netherlands earlier this year, Wood has been around the set-up, but will be hoping to earn his first T20 cap in Pakistan.

Wood burst onto the scene in 2015 with Nottinghamshire, but found opportunities limited with competition from the likes of Stuart Broad, Jake Ball, Luke Fletcher and Harry Gurney.

He went out on loan twice, first to Worcestershire, featuring prominently in the T20 title success in 2018, making it back-to-back titles after helping the Outlaws lift the trophy the previous year.

He then moved to Northamptonshire, taking his maiden first-class five-wicket haul and scoring a half-century at Old Trafford against Lancashire.

Returning to Nottinghamshire in 2019, he took two wickets in his first over during a Vitality Blast match.

A left-arm swing bowler, Wood joined Lancashire at the end of the 2019 season after spending time in and out of the side at Nottinghamshire and this year he was drafted by the Trent Rockets for The Hundred.