Plus: Tottenham will trigger their option to sign Cristian Romero on a long-term deal this month in a deal worth £41m

Enraged West Ham fans will throw bank notes at Jesse Lingard after he snubbed them for Nottingham Forest when the two sides meet at the City Ground this weekend.

West Ham are not interested in signing the unwanted Barcelona forward Memphis Depay this summer.

Paris Saint-Germain are interested in signing Marcus Rashford but the forward wants to stay at Manchester United this summer.

Nottingham Forest are closing in on a triple swoop for Emmanuel Dennis, Cheikhou Kouyate and Remo Freuler that would take their summer spending past the £100m mark. 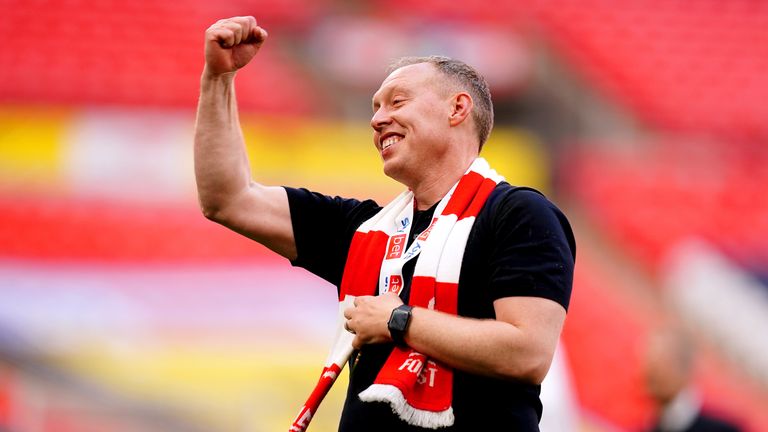 Dharmesh Sheth explains why Nottingham Forest needed to make a flurry of signings on arrival in the Premier League.

Arsenal target Sandro Tonali has squashed hopes of a Premier League move by saying he 'joined AC Milan at the right moment' and is keen to stay.

Villarreal could be forced to let wonderkid Yeremy Pino go for a cut price this summer after manager Unai Emery revealed the player 'will have to leave' if a suitable bid is made.

Wolves are working on a megabucks deal to keep Ruben Neves after warding off the big boys.

Tottenham will trigger their option to sign Cristian Romero on a long-term deal this month in a deal worth £41m.

Liverpool are facing up to another potential injury absentee in defence ahead of Monday's Premier League game against Crystal Palace, with Joel Matip understood to be a doubt. 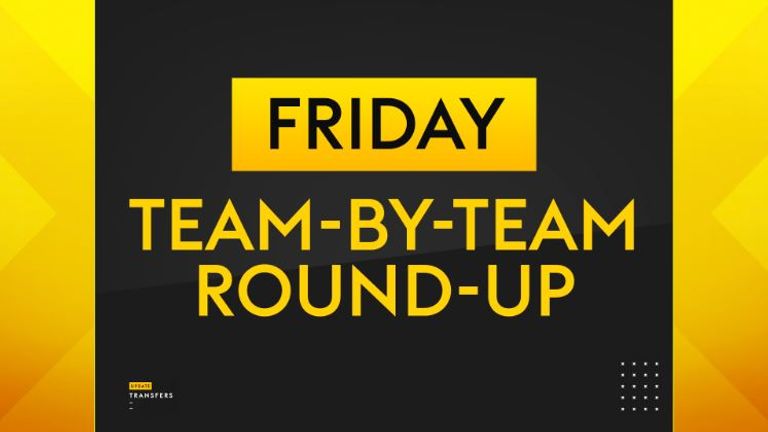 The Catalan entrepreneur who bought the most recent €100 million (£84.8m) sale of Barcelona's future revenues, taking the total sold to around €700m (£593.4m) this year, says it will allow the biggest-spending club in Europe this summer to register new players in time for the start of the league season this weekend.

Bruno Lage has revealed that Morgan Gibbs-White "wants to play for Wolves" despite serious interest in the player from Nottingham Forest this summer.

Highly-rated Flamengo midfielder Joao Gomes has spoken about his "great desire" to one day play for Liverpool.

Novak Djokovic has been given a late glimmer of hope that he can participate in the US Open after American health authorities suddenly relaxed Covid-19 protocols.

Newcastle manager Eddie Howe has revealed Gareth Southgate has held conversations with him about Callum Wilson and has backed the forward to make the England squad for the World Cup.

Barnsley have cancelled their shirt sponsorship agreement with the cryptocurrency company HEX seven days after announcing the deal following an investigation into discriminatory and abusive social media posts.

West Ham United are embroiled in a row with their landlord over beer prices after fans expressed anger at paying £7.30 for a pint at the London Stadium.

Celtic outcast Mikey Johnston has been urged to find a new club so that he can fulfil his "great" potential, according to Barry Ferguson.