Arsenal are interested in Fiorentina striker Dusan Vlahovic, but the striker would prefer to move to a club that is in the Champions League; Mikel Arteta says Arsenal's ability to attract the world's best is "one of our biggest powers" and is a "big advantage to us" 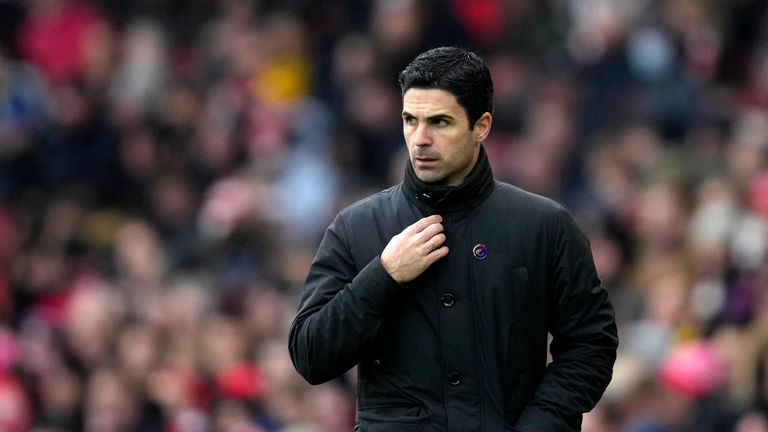 Arsenal boss Mikel Arteta refuses to be drawn on reports of interest in Dusan Vlahovic, but says the best players in the world still want to join the club

Mikel Arteta says the world's best players still want to sign for Arsenal, regardless of whether they are in Europe.

Arsenal, who have not qualified for the Champions League since 2016, are yet to sign anyone this month, but are interested in a deal to bring Fiorentina striker Dusan Vlahovic to the Premier League.

The striker, who in 2021 equalled Cristiano Ronaldo's record for Serie A goals scored in a calendar year, is understood to prefer a move to a Champions League side. 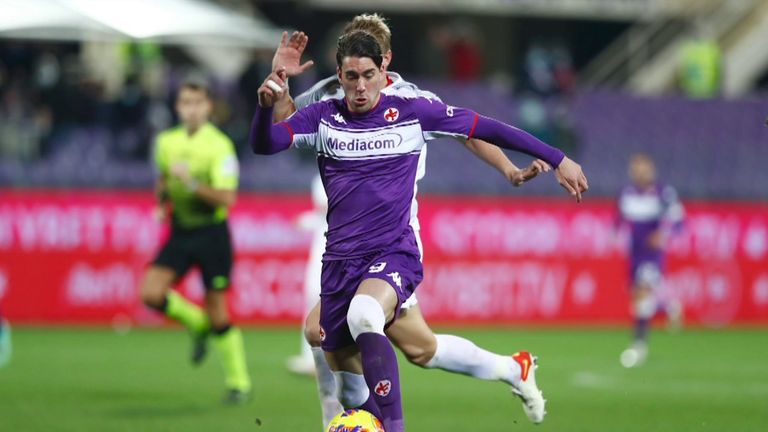 The Transfer Show panel discusses the chances of Arsenal signing Fiorentina striker Dusan Vlahovic, saying it will be 'difficult' to complete the signing in January

But Arteta insists the north London club, who are currently fourth in the Premier League, still have big pulling power among world-class talent.

"I consider that situation hasn't changed. That is one of our biggest powers. 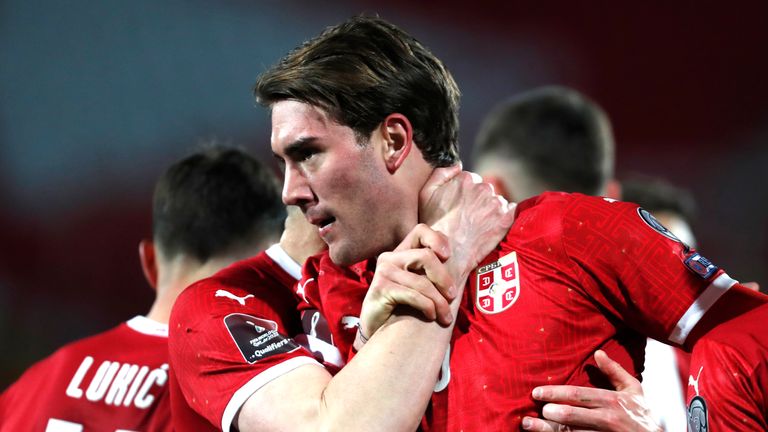 With Dusan Vlahovic being linked with a move to Arsenal, we take a look back at some of his goals for Serbia

"Every time I have spoken to any player they were so willing to come, I have not faced any other situation.

"Our capacity to get the attention of people to come to our club, is something that is a big advantage for us."

What else did Arteta say about transfers?

Vlahovic, unsurprisingly, was the main topic of interest at Wednesday's news conference, but Arteta was giving very little away on that potential deal.

He was more forthcoming on the future of striker Eddie Nketiah, who is attracting interesting from Crystal Palace and Bayer Leverkusen.

"The situation is that Eddie is our player and he is going to stay here with us," said Arteta.

Asked if that ruled out a move away in January, the Gunners boss answered: "He is our player and he is under contract, so he will stay with us." 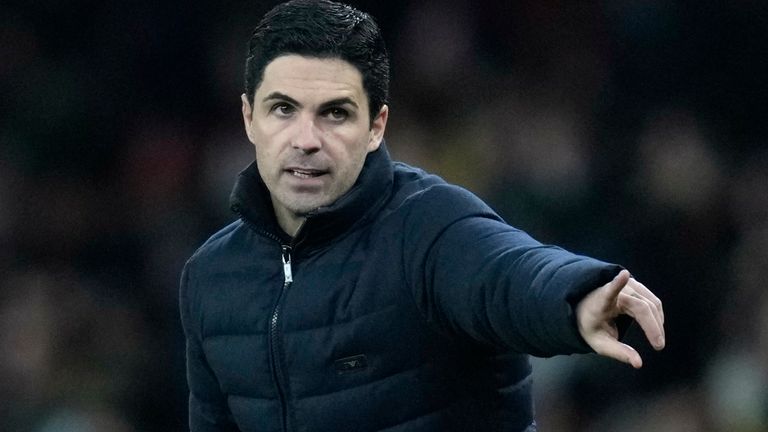 Arsenal boss Mikel Arteta admits the situation remains volatile and uncertain around covid but says the club are always willing to play.

Meanwhile, there were questions about why Arsenal let midfielder Ainsley Maitland-Niles join Roma on loan so early in the January window when there is such limited cover in that area of the pitch.

Thomas Partey and Mohamed Elneny are at the Africa Cup of Nations, while Granit Xhaka has Covid and is awaiting the results of a test before finding out if he can play against Liverpool on Thursday night. Albert Sambi Lokonga, 22, is the only other senior option in central midfield.

Arteta said he felt it would be unfair to keep Maitland-Niles waiting for his move after agreeing in the summer to let him leave in January should he not receive enough game-time with Arsenal. 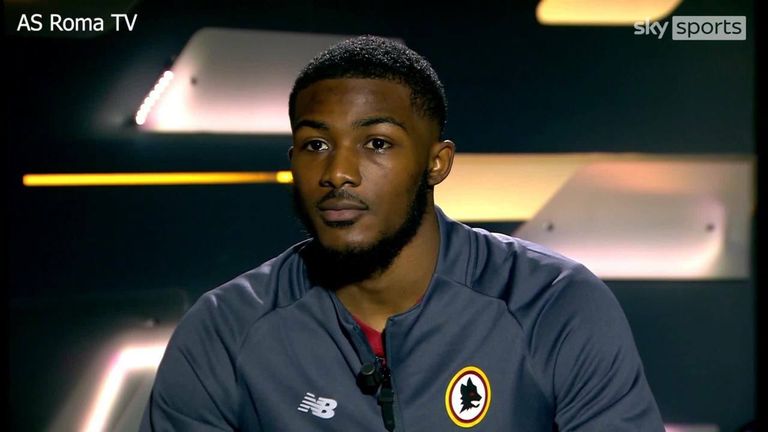 Ainsley Maitland-Niles says he cannot wait to get started at Roma and hopes to make his debut against Juventus.

"We talked about all of the possibilities. When you are finalising a deal there are certain things you cannot miss out if you want to complete that deal," said Arteta.

"Again, I said the interest of the player was clear after what happened in the summer. That was the right thing to do.

"I don't think we can make a decision that is going to have an impact on the next six to 18 months, just for a day or two. I don't see it as very logical."

Dusan Vlahovic's 33 goals for Fiorentina in 2021 have propelled him to stardom and alerted Premier League sides to a potential coup. What makes him so special, and could he be the next young striker to dominate European football?

The Serb tiptoed his way into Florence upon his 18th birthday and immediately did what was best to endear himself to the locals: learning Italian by day and scoring goals at night.

Then, when Inter Milan came to town in December 2019, Vlahovic picked his moment. After 91 gruelling minutes against the champions-elect and best defence in Italy, he peeled away from his marker in his own half, sprinted past the last man and curled a shot in at the far corner.

Since then, his rise has been meteoric. His 47 goals in Italy so far have signalled a watershed moment in Fiorentina's recent history, allowing them to return to challenge for Europe after one of their worst-ever sides were spared - twice - from relegation.