Wrapping up the Tottenham transfer news, rumours and gossip in the 2022 January window.

Spurs agree deals with Juventus to sign Kulusevski and Bentancur

Both players will travel to London on Sunday to undergo medicals before finalising their moves.

Kulusevski will arrive on loan - with Spurs having an option to sign him permanently - while Bentancur will cost £20m.

Tottenham are set to battle Arsenal as they look to add reinforcements in midfield by signing Aston Villa's Douglas Luiz (The Sun, January 31).

Tottenham are interested in signing Ousmane Dembele, but are not prepared to pay the wages he is demanding (Marca, January 31).

Tottenham have reached a verbal agreement with Juventus over a loan move for Kulusevski, with the deal set to be finalised in the next 24 hours (Mail on Sunday, January 30); Tottenham have targeted Juventus pair Dejan Kulusevski and Alvaro Morata in a desperate bid to salvage their troubled transfer window (Daily Mirror, January 28).

Tottenham could use Giovani Lo Celso as bait to try and beat Newcastle to the signing of Sevilla defender Diego Carlos (The Sun, January 27).

Tottenham have set their sights on young Accrington keeper Toby Savin as a potential future No 1 (The Sun on Sunday, January 23).

Tottenham are exploring a possible swap deal with Roma that would see Ndombele move to Serie A in exchange for Jordan Veretout (Daily Express, January 20).

Tottenham boss Antonio Conte wants to make at least three signings this month as his side prepare to launch an assault on the top four (Daily Express, January 19).

Tottenham are in pole position to sign Paulo Dybala on a free transfer in the summer, according to reports, but face competition from Inter Milan and Barcelona (The Sun on Sunday, 16 January). 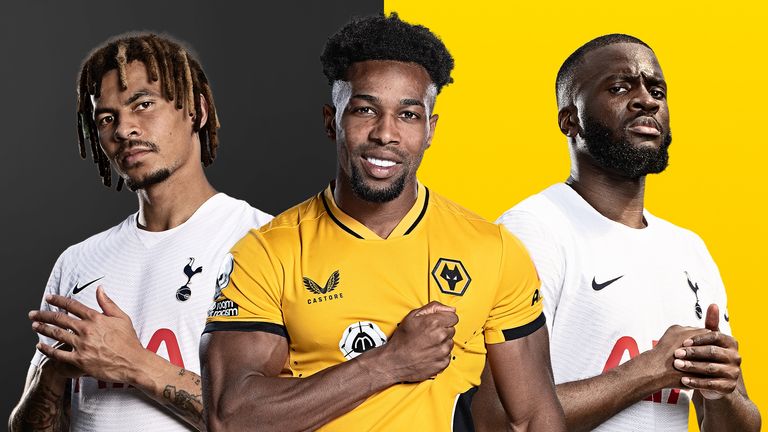 With the clamour for signings evident at Tottenham, Sky Sports' Jack Wilkinson examines how Tanguy Ndombele's struggles, the decline of Dele Alli, and Adama Traore's talent could get the transfer door revolving at Spurs...

Tottenham have made contact with Jesse Lingard's camp over a potential move to north London (Football London, January 11).

Brighton full-back Tariq Lamptey is emerging as a key target for Tottenham (The Sun, January 6).

Tottenham's bid to sign AC Milan midfielder Franck Kessie in January has reportedly been frustrated by the Serie A giant's refusal to accept a swap deal involving Tanguy Ndombele (Daily Mail, January 5); Spurs are keen to see off the challenge of Manchester United and sign Kessie, who is out of contract at the end of the season (Daily Star, January 2)

AC Milan could make a late loan move for Tottenham and England midfielder Dele Alli (Gazzetta dello Sport, January 31); Frank Lampard will make a running start as the new Everton boss with Alli his first target (Sun on Sunday, January 30); Newcastle are leading the chase to sign Dele Alli this month but Brighton, Burnley and Everton are among a clutch of Premier League teams poised to move for the midfielder if he is still at Tottenham at the start of next week (Daily Mail, January 26); Tottenham will be willing to listen to loan offers for playmaker Alli in the January transfer window (Sky Sports, December 13).

Lyon are in advanced talks to sign Spurs midfielder Tanguy Ndombele on loan (Sky Sports News, January 31); Ndombele is holding out for interest from Paris Saint-Germain despite Tottenham reportedly accepting a second offer from Valencia (The Sun, January 27); Tottenham have rejected Paris Saint-Germain's offer of no less than four players in exchange for out-of-sorts midfielder Ndombele, according to reports (Daily Express, January 27); Tottenham remain in talks with Paris Saint-Germain over a loan deal for Ndombele (Daily Mail, January 24); Tanguy Ndombele looks set to leave Tottenham in January, with Serie A his most likely destination - Juventus have already been sounded out for a possible loan deal (Daily Mirror, January 14).

Porto are interested in taking Spurs winger Bryan Gil on loan for the rest of the season (Sky Sports News, January 30).

Brighton are interested in taking Joe Rodon on loan from Tottenham should they sell Dan Burn to Newcastle (Daily Mail, January 28).

Ajax will make one final attempt to land Steven Bergwijn, even though Antonio Conte wants him to stay (The Sun, January 21); Tottenham are willing to sell Bergwijn for the right price in order to help fund a swoop for Wolves winger Adama Traore (The Sun, January 12); Tottenham have rejected a £15m bid from Ajax for Bergwijn and remain in talks with the Dutch side over the sale of the winger (Sky Sports News, January 10).

Talks have opened between Celtic and Tottenham over a permanent deal for defender Cameron Carter-Vickers (Sunday Mail, January 2).