Every moment of the 36th America's Cup challenge is live on Sky Sports. The PRADA Challenger Selection Series to decide which team will be the challenger to Emirates Team New Zealand in the America's Cup match, starts on January 15.

Sir Ben Ainslie has said he's proud of INEOS TEAM UK and the resilience they're showing after their significant challenges during the America's Cup warm-up races.

The PRADA America's Cup World Series Auckland and the PRADA Christmas Race which took place from December 17 to 20 marked the first (and only) warm-up races for all teams ahead of the PRADA Challenger Selection Series and the America's Cup match.

From January 15, INEOS TEAM UK, Luna Rossa Prada Pirelli Team and New York Yacht Club's American Magic will duel in the Challenger Selection Series, and the victor will have the opportunity to challenge Emirates Team New Zealand in the America's Cup match in March.

On Sunday, as part of the PRADA Christmas Race, there were four races scheduled however, just one was able to start due to the weather conditions.

INEOS TEAM UK and Emirates Team New Zealand took to the water but as the wind dropped to around six knots, both struggled. The home side took the lead on the first lap before both outfits ran out of time and the race was terminated.

After waiting to see if conditions would change, the race committee decided to call it a day and terminate the day's racing.

🚨 Unfortunately, due to lack of wind, racing has been abandoned for the day.

See you January 15th for the Prada Cup. pic.twitter.com/KD8eJSxROv

In any sport, warm-ups are vital, but the four days of warm-up racing in Auckland for Ainslie and Britani's INEOS TEAM UK, were not positive ones.

Despite months of development, race boat BRITANNIA struggled with technical problems and on the water, they found themselves significantly behind their opponents in key areas.

The America's Cup is the oldest trophy in international sport, pre-dating the modern Olympic Games by 45 years, and it's one that Britain has never won.

Ahead of taking to the water, Ainslie said that this campaign was "the biggest challenge" of his career. Now, due to their performances not matching up with their competitors', the challenge has just increased in size.

"We've got the spend the next two or three weeks making some big changes to the set up," Ainslie said during the final press conference of the warm-up events.

"Clearly, as we keep saying, there are issues with our performance in the down-speed sections and we're obviously trying to evaluate that, work out what's causing that, and rectify it.

"We haven't got long… and making some modifications, depending how serious they are, can take the boat out of action for weeks.

"We've got to measure up what sort of performance gains we can make versus time off the water and get ourselves in a position to be competitive. 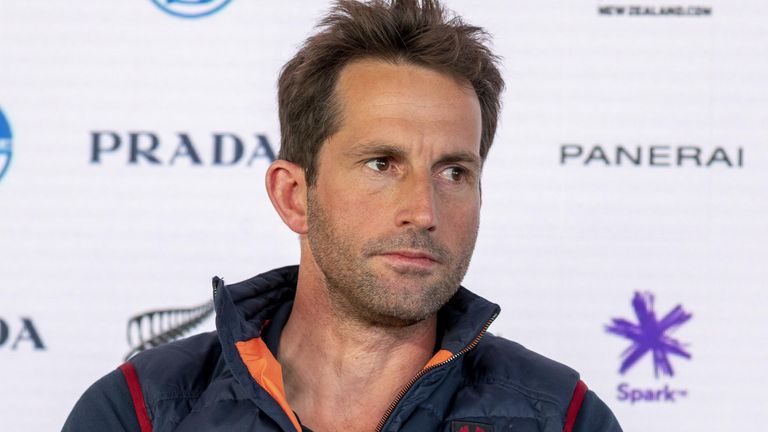 This has been the most important week of our campaign. It is obvious for everyone to see we are struggling with our speed, both in the light airs and in general. We have three weeks to improve our performance to get us into contention in the PRADA Cup across all wind conditions.

BRITANNIA, INEOS TEAM UK's second race boat, took 46,000 construction hours and 90,000 design hours to complete, and that was on top of creating a first race boat and a smaller AC75 prototype.

With such an enormous amount of hard work having been put in already, Ainslie has praised the whole outfit's resilience in the face of their recent challenges.

"The morale in the team is actually unbelievably good and I'm not just saying that because I'm sat in front of the world's media and trying to string you guys a line.

"I'm always super impressed with the team. This campaign process has been difficult for all of the teams for a number of reasons, the global pandemic being one of them.

"We've obviously talked a lot about our performance not being where we want it to be, our designers are working through the night to try and find solutions to that.

"Our shore team continue, as we talked about the other day, to pull all-nighters dealing with technical issues that come with these boats.

"The boats are fully audio'ed up, I don't think that there's any hiding place. I'd be surprised if someone was listening to our team and thought there were issues," he noted.

"I think that our sailing team has been hugely professional, dealing with our speed challenges in a very high-profile environment, and in supporting the designers and the rest of the team to try and find a solution.

Watch every moment of the America's Cup challenge, live on Sky Sports. Coverage continues with the PRADA Challenger Selection Series which begins on January 15.