Harry Dunlop: Group One-winning trainer to quit at end of 2022 Flat season due to 'rising costs'

Harry Dunlop enjoyed Group One success with Robin Of Navan in the 2015 Criterium de Saint-Cloud; trainer, who won at the Shergar Cup and Goodwood Festival in recent weeks, will quit this year due to 'rising costs' 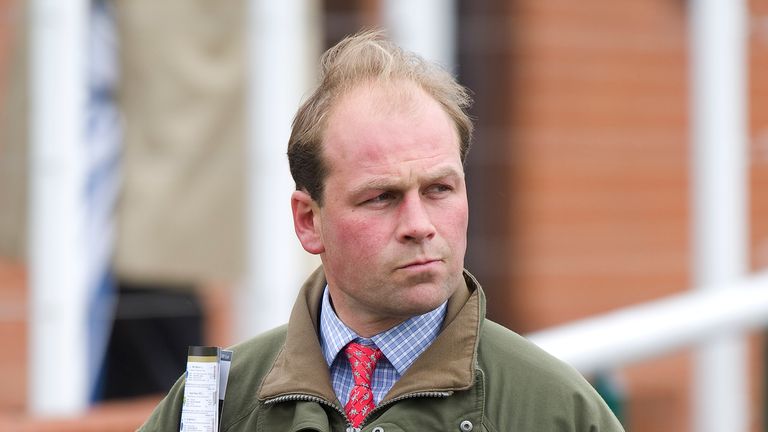 Group One-winning trainer Harry Dunlop will quit at the end of the 2022 Flat season due to "rising costs" and the "current economic climate".

Dunlop, whose greatest day came in the 2015 Criterium de Saint-Cloud with Robin Of Navan, has trained 169 winners in 16 years as a trainer, with just five coming so far in this campaign.

Despite struggling for numbers, Dunlop has enjoyed a memorable few weeks of late, securing victory at the Goodwood Festival with Adaay In Asia, before the same horse followed up at Saturday's Shergar Cup.

Don't miss a single minute of the action as the Racing League continues at Lingfield, live on Sky Sports Racing, on Thursday, August 11

In a surprise statement on Monday, Dunlop said: "It is something I have thought about over the last few years and my main reason is that it is so hard to keep a business thriving in the current economic climate.

"When you don't have a huge string of horses to cover the rising costs of staff, transport, feed, bedding, it is just not viable.

"Thankfully my business is in good shape, so I thought this was a good time to make this decision and to look for a new career. We have had some wonderful horses and clients over the years with many happy memorable days racing."

He follows Joe Tuite as another trainer to quit the game in recent weeks.

Dunlop and Tuite the first of many to go?

"Harry Dunlop has had three winners from his last eight runners, which is the positive side, but the negative is that those three take his total to five for 2022.

"The bottom line is we'll see this more and more in the current climate.

"I'm sure this is not his decision. He would want to stay as a trainer, particularly with the success he's had recently.

"Such is the current climate, he has to call it a day. This isn't the first time we've heard this recently and I imagine between now and the end of the year we'll see more trainers in that similar bracket having to pull stumps.

"It is a shame that we are losing this talent because of a thin spread of horses."