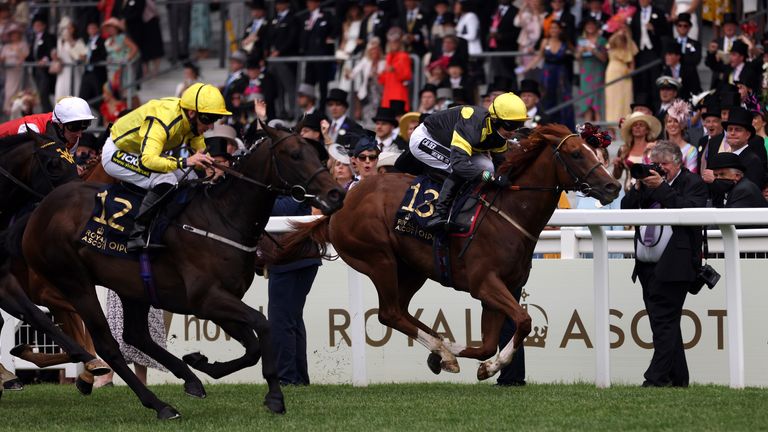 Richard Fahey believes there is very little to choose between the top two-year-old colts in the UK and Ireland, including his impressive Royal Ascot winner Perfect Power

Richard Fahey is keeping his fingers crossed for a change of luck for Perfect Power when he contests the Darley Prix Morny at Deauville next week.

A narrow winner of the Norfolk Stakes at Royal Ascot in June over the high-class Go Bears Go, the Ardad colt got into all sorts of traffic problems when bidding to add to his tally in last month's Richmond Stakes at Goodwood and was beaten just over a length into fifth place.

That form has been well advertised since, with Hugo Palmer's fourth home Ebro River claiming Group One honours in last weekend's Phoenix Stakes at the Curragh.

Perfect Power will head to France in a bid to open his account at the highest level, and Fahey is delighted with his current condition.

"Everything that happened [at Goodwood], you'd probably have preferred it not to have happened, but he's in great order," the trainer told Sky Sports Racing.

"He heads to France for the Prix Morny on Sunday week.

"I think he's a talented horse. At the moment, we're all beating each other when you look at the two-year-old form.

"I'm sure he's up near the top of the best ones, so let's hope we get a bit more luck in France."