Why Jurgen Klopp's gegenpressing with Dortmund was revolutionary 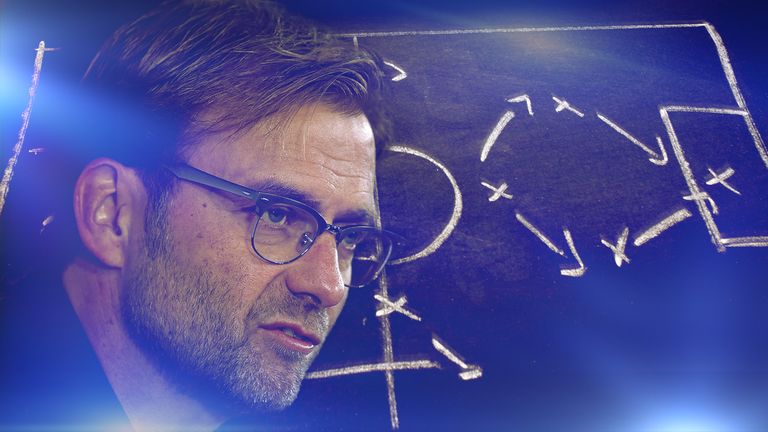 Jurgen Klopp has taken Liverpool to a second consecutive Champions League final but it was during his seven years with Borussia Dortmund that his reputation was forged.

In an extract from his new book, Zonal Marking: The Making of Modern European Football, Michael Cox explains why Klopp should be considered a football revolutionary…

This was the period when Europe had fallen in love with the possession play of Pep Guardiola's Barcelona, but Klopp found their passing game somewhat tedious. What Klopp admired was Barca's commitment to winning the ball.

"It's extraordinary how high up the pitch this team is when they win the ball back," he marvelled. "And the reason they do that is because every player presses. I think Leo Messi wins the ball back the most when he loses possession. If he loses it, he's right back there the moment the opposition player takes a touch, to win the ball back. The players press like there's no tomorrow, as if the most enjoyable thing about football is when the other team has the ball. And what that does for them is, for me, the biggest achievement of them all, the best example that I've ever seen in football."

It summarised the German obsession with transitions; everyone else loved how Barcelona kept possession, but Klopp studied what they did the moment they lost it.

Klopp spoke about a specific term: 'gegenpressing', which translates as counter-pressing. It's sometimes misunderstood, however. Counter-pressing isn't to pressing what counter-attacking is to attacking. It's not necessarily countering a press, but pressing a counter.

There were two significant differences between Guardiola's approach and Klopp's approach that mean the Dortmund manager should be considered a genuine revolutionary. First, Guardiola's Barcelona pressed quickly simply because they didn't want to spend any time in their out-of-possession phase. "Without the ball, we are a disastrous team, a horrible team, so we need the ball," explained Guardiola. It was a defensive tactic, merely a proactive way of defending, so they didn't have to defend in the traditional sense.

Barcelona would recover the ball and then retain possession for long periods, organising themselves in their positional structure. Klopp's Dortmund were very different. They were perfectly solid without possession, and defending deep actually suited their counter-attacking. But they gegenpressed because Klopp believed it was a valuable attacking tactic.

Check out all the latest odds and more from Sky Bet here...

"Think about the passes you have to make to get a player in a number 10 role into a position where he can play the genius pass," Klopp later urged. "Gegenpressing lets you win back the ball nearer to the goal. It's only one pass away from a really good opportunity. No playmaker in the world can be as good as a good gegenpressing situation, and that's why it's so important."

Barcelona and Dortmund both attempted to regain the ball quickly, but for completely different reasons.

Second, while Guardiola's players would press intelligently, with one man pressuring the opponent on the ball and others cutting off passing angles into opponents, Klopp's side were less calculating and more extreme. They piled players into the immediate vicinity of the player in possession, almost crowding him out through intimidation. 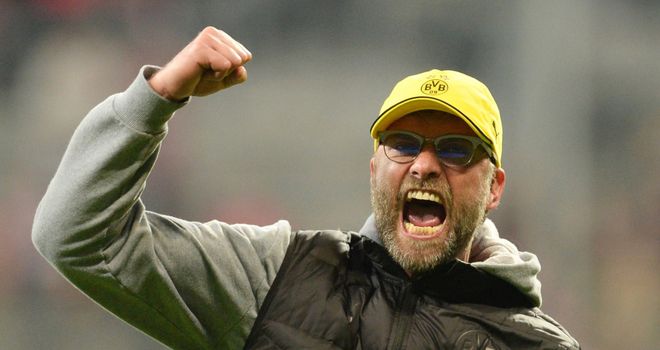 Klopp's use of gegenpressing was a huge part of Dortmund's success

It explained why Klopp's wide midfielders, usually Kevin Grosskreutz and Jakub Blaszczykowski, tucked inside - their structure was geared towards gegenpressing, which was only possible when compressing space quickly. While other teams were focusing on vertical compactness, Klopp was also concerned with horizontal compactness, and Dortmund frequently regained possession by boxing in teams towards the touchline.

This gegenpressing was often combined with more conventional pressing as the opposition attempted to play out from the back. Most typically, Dortmund would use a medium block, standing off the opposition centre-backs, before pressing once the ball was played into the full-backs or midfielders. Dortmund rarely used a full-pitch press, because doing so encouraged the opposition to kick the ball long. Although that served to disrupt their opponents' build-up play, Klopp really wanted the opposition to play their way into trouble, and Dortmund's mix of pressing, counter-pressing and counterattacking was essentially how they overcame Bayern to win the Bundesliga in 2011 and 2012.

The combination of Dortmund's compression of the opposition at turnovers and their energy meant they sometimes appeared to have an extra man on the pitch. Dortmund's distance-covered statistics were often remarked on, because this was a side with seemingly limitless energy resources. If they covered more than 118km collectively in nine out of ten matches, they'd be rewarded with three extra days off during their winter break. The players missed the target, but Klopp generously granted them the extra rest anyway because of their efforts.

Later, Klopp would suggest that his players improved when running less, and their increased emphasis on possession play made them less frantic. The running statistics themselves were a bit of a sideshow, but after a few years of Spanish dominance and all the attention paid to possession statistics, German dominance meant that the focus was now on how much ground the players were covering. 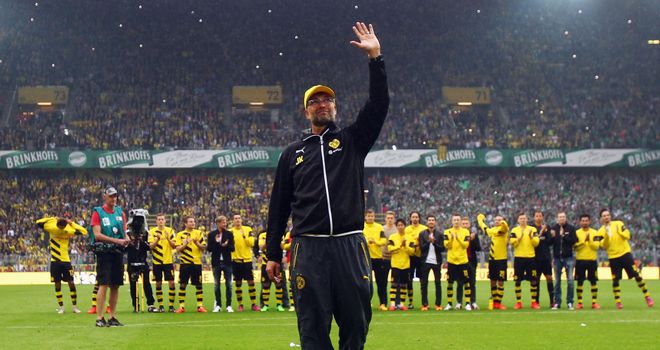 Klopp's success was such that many Bundesliga teams copied his style

Klopp's Dortmund, however, were a victim of their own success. Their brand of pressing and gegenpressing was so overwhelmingly effective, with Dortmund's back-to-back title victories earning respect from supporters across the country and inspiring other coaches, that many Bundesliga sides increasingly incorporated Dortmund's principles into their own play. Bundesliga matches became even more frantic, because more sides attempted to engage the opposition in advanced positions.

Klopp's influence was now obvious in the approach of most Bundesliga sides. "Gegenpressing has become a German institution, and Klopp a model for countless coaches," wrote Tobias Escher in his history of German football tactics, Vom Libero zur Doppelsechs. "Nowadays, every Bundesliga team uses gegenpressing … Klopp developed the new standard that we witness on almost every Bundesliga pitch. In 2015/16, at least ten of the 18 Bundesliga teams played Klopp football."

Klopp's greatest legacy is that the German word 'Gegenpressing', rather than its obvious translation as 'counter-pressing', is now widely used across Europe. Everyone is therefore aware of the concept's origins and the fact that, for the first time since Franz Beckenbauer re-defined the role of sweeper, German football has been responsible for genuine tactical innovation.

You can follow all of the action of Tottenham vs Liverpool from the Wanda Metropolitano on the Sky Sports App and skysports.com with our dedicated Champions League final live blog, which will feature the best build-up, commentary and reaction from Madrid.

The Champions League final will take place on Saturday, June 1; Kick-off is at 8pm.