By Gary Cotterill and James Dale 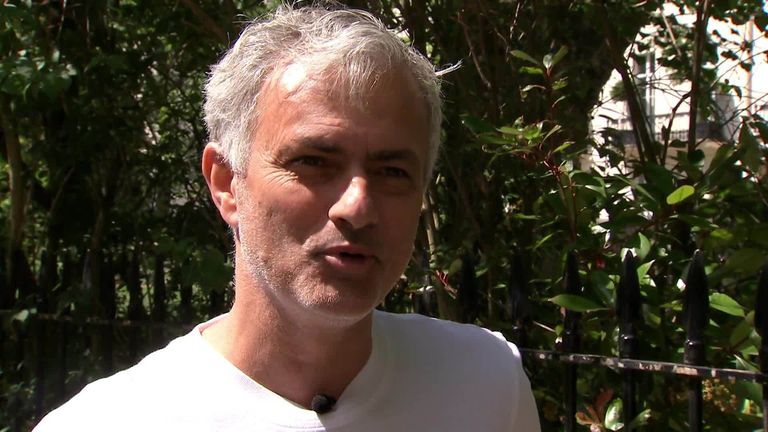 Next week's all-English final between Liverpool and Tottenham is "surrounded by huge pressure", says two-time winner Mourinho - not least for Klopp.

The Liverpool manager experienced Champions League final defeat for the second time in his career when the Reds lost to Real Madrid last June, five years after his Borussia Dortmund side suffered the same fate against rivals Bayern Munich.

Klopp has lost six of his seven finals as a manager in all competitions.

To lose three Champions League finals... phew... that has to be really, really hard.

"If Jurgen wins, it's an incredible achievement for him," Mourinho told Sky Sports News, in his first UK broadcast interview since he was sacked by Manchester United.

"If Jurgen doesn't win, you know... to lose three Champions League finals... phew... that has to be really, really hard.

"But he is a very positive guy, I'm sure he's just thinking about winning.

"Being a manager, and understanding what it means for a manager to play a Champions League final, there is always a negative side of it and the negative side is that one team will lose and one manager will lose."

Klopp's four-year wait for a trophy with Liverpool continued when his side lost the Premier League title to Manchester City by a single point on the last day of the season.

But next week's final also provides an opportunity for Mauricio Pochettino to break his trophy-barren reign at Tottenham.

"Spurs are not winning titles and to win the first one would be fantastic and could lead to other domestic trophies because the Champions League is the biggest one of all," said Mourinho.

"Finals are not to play, finals are to win."

Time to Cech-out and go 'home'

Mourinho believes it is a "special" time for English football, with Chelsea and Arsenal also set to face off in the Europa League final.

It will be the final match of Petr Cech's playing career, with the Arsenal goalkeeper set to return to Chelsea as sporting director this summer.

But there will be no split-loyalty, Mourinho said of his former No 1.

"This is the match he would choose to retire before he goes home to Chelsea," he added.

"He would love to retire in a winning way because he's a winner."

Mourinho admitted the game looks to be "the last in blue" for Eden Hazard but maintains he has been "a player that was crucial to Chelsea success in this last generation".

"He will try to be what he is the majority of the time," said Mourinho. "A fantastic player on the pitch and a winner and then go, possibly - I don't want to say more than possibly - to Real Madrid with a last trophy for Chelsea."