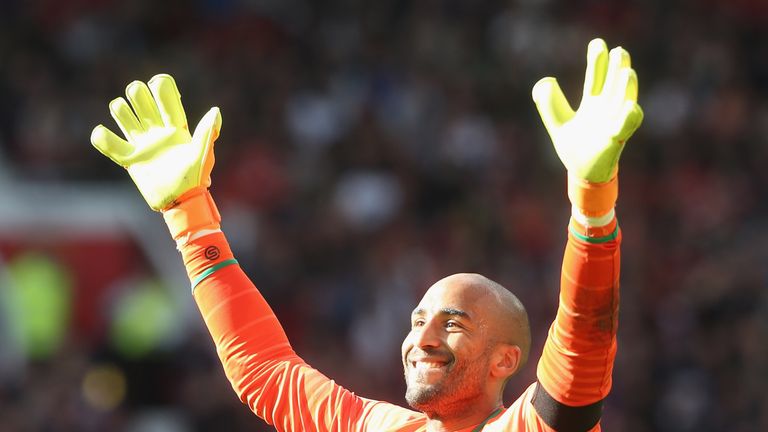 Derby have accepted a bid of £1.5m, rising to £2m with add-ons, from Stoke for goalkeeper Lee Grant.

Grant has been on loan at the Bet365 Stadium since the end of August, and has been deputising in goal for the injured Jack Butland.

The 33-year-old did not make a single appearance for Derby this season in the Sky Bet Championship before his deadline-day loan move but has gone on to become Stoke's first choice in the Premier League.

Grant's loan deal expires after Stoke's home game with Watford on Tuesday night, and his permanent deal will be officially confirmed in the next 48 hours.

Butland has not featured for the Potters since March after suffering a fractured ankle in England's 3-2 friendly win over Germany.

It was originally hoped Butland would return for the start of the Premier League season, but the 23-year-old was forced to undergo further surgery after damaging scar tissue around the previous injury in training in August.