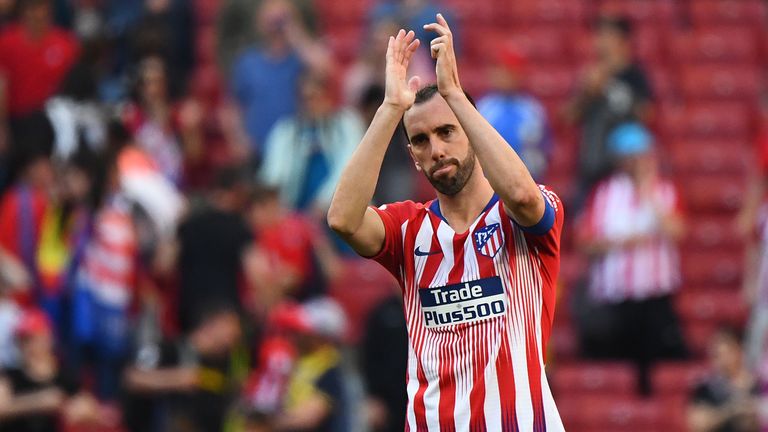 Atletico Madrid captain Diego Godin has confirmed he will leave the club when his contract expires at the end of the season.

The Uruguayan defender has made 387 appearances in his nine years with the Spanish outfit and famously helped clinch Atletico's first La Liga title for 18 years in 2014.

Godin, 33, who was linked with a move to Manchester United last summer, has not revealed where he will play next season, but Spanish media reports suggest he could be on his way to Inter Milan. 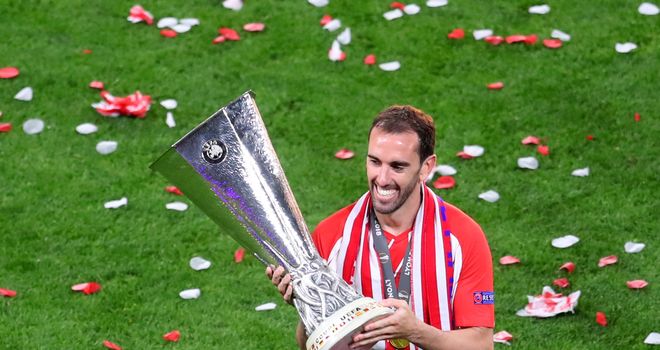 "I'm a little nervous, much more than I am before a game, but I have called everyone here to inform you that these are my final days at the club," Godin said as he held back tears at a news conference on Tuesday.

In addition to the La Liga triumph, Godin won two Europa League titles, one Copa del Rey, one Spanish Super Cup and three UEFA Super Cups with Atletico, as well as reaching the 2014 and 2016 Champions League finals, only to lose both times to Real Madrid. 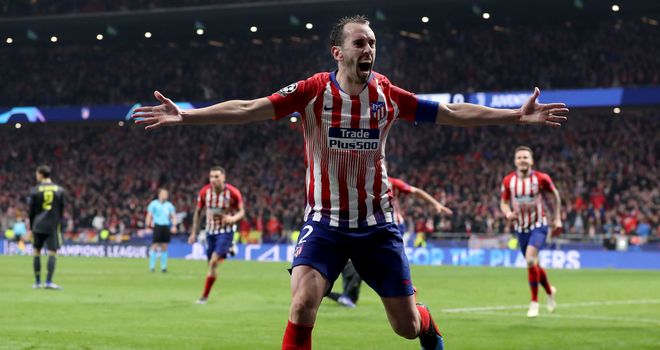 Diego Godin celebrates one of his 27 goals for Atletico

Atletico president Enrique Cerezo added: "We are here to say goodbye to an Atletico legend. You have been a vital part of this great era for the club, with your efforts and your goals, like the one which gave us the title at the Nou Camp.

"You have fought in a thousand battles and defended the club's shirt in every game and you have worn the captain's armband. Wherever you end up, Atletico wishes you a lot of luck. Atletico is your family, the Wanda Metropolitano is your home."

Godin's departure will leave another hole in Atletico's defence, with France international Lucas Hernandez having already agreed to join Bayern Munich in June after they paid his 80-million euro release clause.