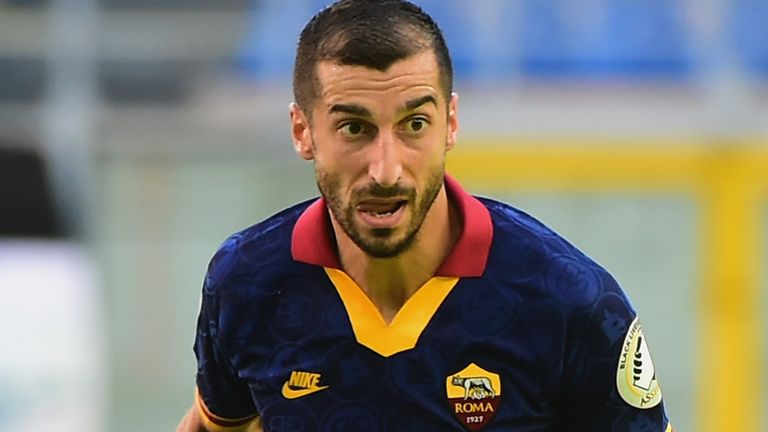 Henrikh Mkhitaryan has extended his loan spell at Roma from Arsenal until the end of the current season, with a preliminary agreement in place for the Armenian midfielder to remain at the Serie A club for the next campaign too.

Mkhitaryan has made 19 appearances for Roma since joining from the Premier League side in September last year, including both Serie A games the club have played since the division restarted following the stoppage caused by the coronavirus pandemic.

The 31-year-old, whose Arsenal contract expires at the end of the 2020-21 season, scored nine goals in 59 appearances for the north London club after joining from Manchester United in January 2018 as part of the deal that saw Alexis Sanchez move the other way. 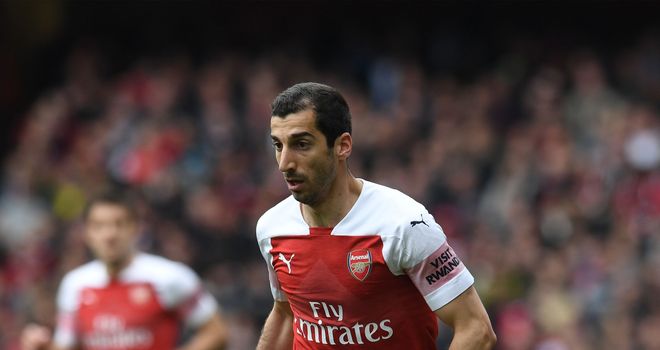 "I'm happy to extend my stay here, because I still have things that I haven't achieved yet that I want to achieve.

"I'm looking forward to it."

Roma are fifth in Serie A with 10 games of the Italian season remaining, nine points behind fourth-placed Atalanta in the final Champions League qualification spot.

The club's best chance of securing top-tier European football next season may come from the Europa League, with a last-16 tie against Sevilla scheduled for when the tournament resumes in August.

"We are happy that Henrikh has decided to stay with us, and help us continue to grow," Roma chief executive Guido Fienga said.

"The club's targets have not changed and we always want to have players at our club, like Micki, who show their desire, professionalism and determination, who represent our club and our fans in the right way.

"I hope Micki stays at Roma for a long time - and I want to congratulate him on the birth of his son here, too."