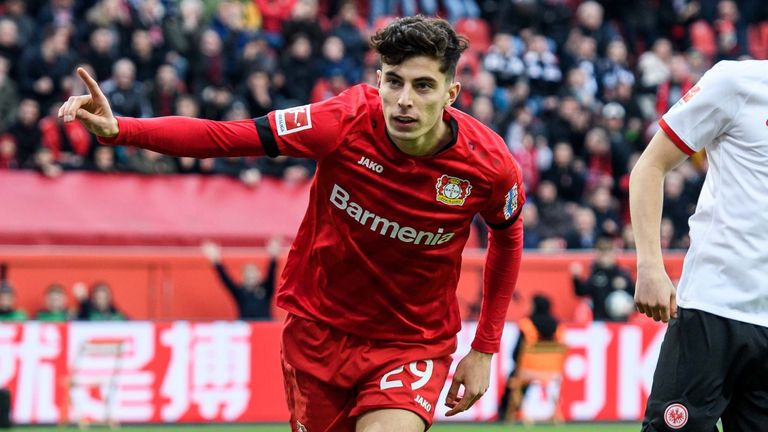 German playmaker Kai Havertz, who has been linked with a move to Chelsea, can leave Bayer Leverkusen this summer if certain conditions are met.

Leverkusen's sporting director Rudi Voller says the club have an agreement with Havertz which allows him to leave at the end of the current season.

The 21-year-old has been linked with several clubs, including Chelsea, after scoring 15 times this season and is likely to play in today's German Cup final against Bayern Munich but speculation over his future has increased after Leverkusen missed out on a place in next season's Champions League.

Speaking to German newspaper Bild, Voller said: "We have an agreement - if it fits, he can go this summer. As of now, he is a player of ours. We have our ideas, we know what he can do.

"I personally hope he stays one more year. Of course, you can't force anyone. Havertz knows what he owes to his colleagues, the fans and the club."

Chelsea head coach Frank Lampard confirmed last month that no offer has yet been made for Havertz, who is also understood to be of interest to Bayern Munich and Real Madrid.

"He's a top player but we're certainly not going to comment on players at other teams," said the Chelsea head coach. "It cannot be our focus. No bids have gone in."