Head of The Hundred women's competition: "We know that the average female salary is 12 per cent of the males'... we're doing everything we can to redress that balance" 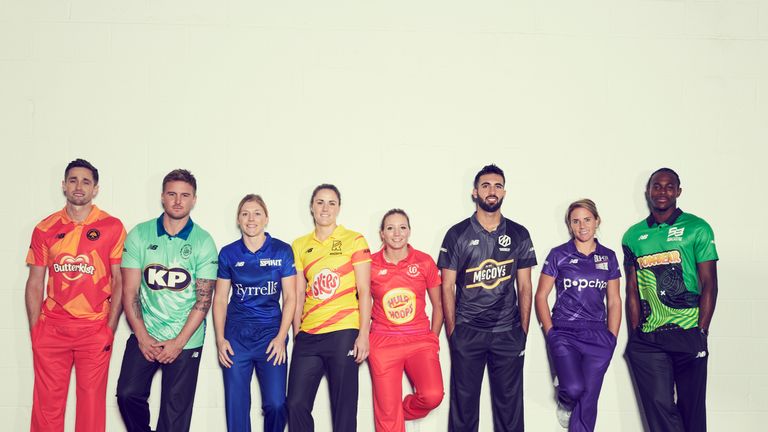 The Hundred will offer women and men equal prize money for the inaugural competition this summer.

The total prize budget of £600,000 will be split 50-50 between the men's and women's tournaments and is a step towards the ECB's long-term commitment to make cricket a gender-balanced sport.

The new 100-ball event begins in July - the men's competition starts with Oval Invincibles hosting Welsh Fire on Friday, July 17, and the women's with Birmingham Phoenix against Manchester Originals on Wednesday, July 22.

Dynamos Cricket is a new programme for children aged 8-11 that the ECB hopes will inspire a new generation of cricketers.

Beth Barrett-Wild, head of The Hundred women's competition, described the announcement as a significant step in the right direction towards genuine gender equality in the sport but admitted they are very aware of discrepancies which still exist, most notably with regards to salaries.

"The Hundred gives us a brilliant opportunity to present men's and women's cricket on the same platform. Everything from the team branding and identities - we are doing everything for both sets of players," she told Sky Sports News.

"It's a great moment with a blank piece of paper, a signal of intent. Prize money is a real moment we can make some noise about.

"Having said that, we are aware that we have a lot to do. We know there is a discrepancy in the salaries offered to the male and female players. That [parity] is something we are working towards, gender balance in that space.

"We are on a journey with regards to salaries. I've been working for the ECB for six years now, previously in the communications team, and I remember writing the press release for the first professional contracts in the England women's team.

"If you look at how far we have come in the five years, I am really excited about the direction of travel and where we might be in five years' time.

"We know that the average female salary is 12 per cent of the males'. It's something we are acutely aware of and we are doing everything we can to redress that balance but it's not going to happen overnight.

"The thing to stress is that it's not just about the prize money. Alongside this announcement, we also have a brand new transforming women and girls action plan. We are going to see the ECB invest £20m in the next couple of years to help create a strong base for women and girls in cricket. We've got an ambition to increase that to £50m over the next five years."

England Women captain Heather Knight, who will lead London Spirit in The Hundred, said: "This is a great announcement for women's sport.

"Women's professional cricket is on an exciting journey and whilst there is still a way to go to realise gender parity, this move from The Hundred is a significant step in the right direction.

"We're all really excited about playing in the new competition and hopefully inspiring more young girls and boys to pick up a bat and ball."

A special priority window for tickets to standalone women's matches in The Hundred will be available from 9-16 March.