"He's Joe Root, he is England captain - there's no one else to do it" 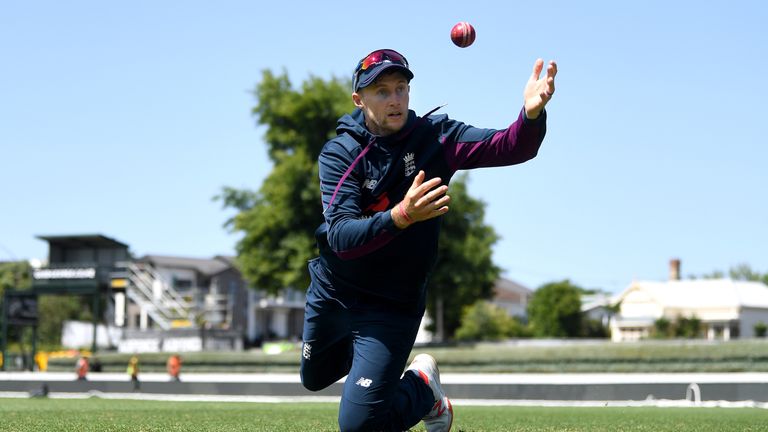 Ben Stokes says captain Joe Root has the full backing of everyone in the England changing room ahead of the second Test against New Zealand.

Root's position as skipper has come under pressure with the innings defeat in the series opener at Mount Maunganui a continuation of the team's struggles away from home, while the Yorkshireman's own form with the bat has also dipped.

The 28-year-old averaged 52.80 before taking charge of the side but since replacing Alastair Cook in 2017, Root averages 39.70. However, despite the drop-off, Stokes insists Root is still the right man for the job.

"He's fine. He's Joe Root, he is England captain - there's no one else to do it," the all-rounder told Sky Sports.

"He knows he's got the backing of everyone in the changing room, the backroom staff and management. That's the main thing that counts for us as players. We're a tight-knit group and everyone knows that everyone in that changing room 100 per cent backs him, as I do."

The focus is now on trying to level the series in Hamilton and although England's players spoke of taking a new, more disciplined approach to batting ahead of the first Test, Stokes made it clear they were not trying to implement a one-size-fits-all approach.

"Everyone has a different style of playing," he said. "Each batsman has got here through the way they play in the first place. We're trying to drill in to everyone that's why you are here - because you're such a good player and you did it in your own way.

"We are honest with each other but also conscious, especially with new players in the group, getting the message across and not putting them under pressure and expecting them to change the way they play.

"That's when it comes down to the senior players in the group - myself, Joe, Jos [Buttler], Broady - understanding that and letting them be free and comfortable."

Having made an under-par 353 in their first innings at Bay Oval, in which three batsmen failed to convert fifties into hundreds, England know that making such starts count will be crucial if they are to be successful during a winter that will see them play four Tests in South Africa and two in Sri Lanka following the game at Seddon Park.

"We know that if we encounter a pitch like this again we know how important runs on the board are," Stokes added.

"Three-hundred-and-fifty didn't quite cut it. If a wicket like that presents itself again, 500 is what we need to get.

"We need to take the opportunity to assess where the game is and understanding that it's a flat wicket and if you're the person in, take the responsibility to turn starts in to 150s and 200s like BJ [Watling] managed to do for New Zealand."

Watch day one of the second Test between New Zealand and England from 9.30pm, Thursday on Sky Sports Cricket.