Newcastle have not yet given up hope of signing Sevilla's Diego Carlos, who is now valued at €45m (£37.7m); Carlos hopes deal can be done and is keen on move; Newcastle's talks with Manchester United for Jesse Lingard break down

There is still a small chance that Newcastle could sign Diego Carlos, but hopes of bringing Jesse Lingard to Tyneside are fading.

Sevilla have publicly ruled out the prospect of Brazilian defender Carlos leaving but people working on the deal are not giving up yet.

Meanwhile, Newcastle will be able to sign the 28-year-old if they offer Sevilla €45m (£37.7m) for the centre-back.

Carlos has turned down the offer of a new contract at Sevilla and would like to move to Newcastle, as Sky Sports News reported last week, but the Premier League club are currently refusing to pay more than about €30m (£25.1m).

He told Sevilla last week that he wanted to move to Newcastle but also respects his club's position that they will not let him go unless their valuation is met.

Newcastle have significant finances available, but will not be taken advantage of in the transfer window.

Another Premier League club has also offered to pay €35m (£29.2m) for Carlos but a player swap is believed to have been part of the proposed deal. 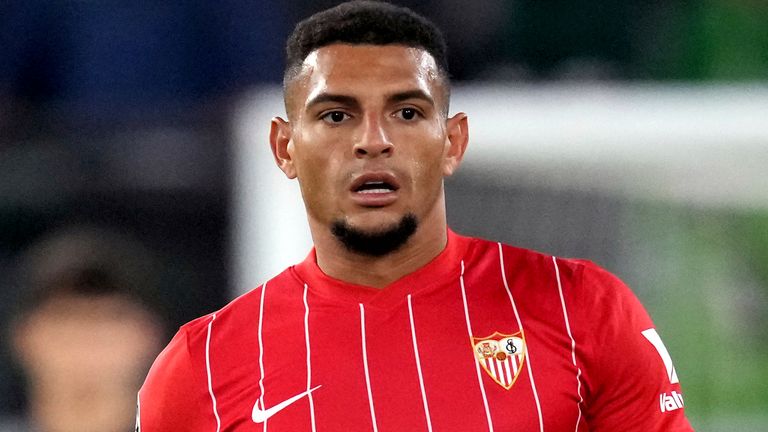 The Transfer Show discusses Newcastle's pursuit of Diego Carlos and Jesse Lingard with Kaveh Solhekol reporting that they will have to pay up to 45m euros to sign the Sevilla defender.

"It has never been Sevilla's intention to sell Diego Carlos unless an out-of-market offer comes in.

"The challenge with Real Madrid for the league doesn't come around very often and so they don't want to weaken their team by selling their most consistent defender this season.

"Monchi doesn't want to sell him and the player hasn't made any noises either. Carlos' family is fully settled here since arriving from Nantes three years ago.

"If Monchi was to sell both Carlos and Jules Kounde this summer, easily they have got a market value of €50m. They're worth it. Carlos for me, along with Eder Militao at Real Madrid, has been the best defender in the league this season.

"The way it can impact a team, a central defender comes at a premium nowadays. Monchi told me that Newcastle are going to have to throw the kitchen sink at this, otherwise it's not going to happen."

Newcastle United have all but given up hope of signing Jesse Lingard.

The issue centres around the loan fee, with Newcastle and Manchester United a long way apart on this valuation. One source has told Sky Sports News the deal is now dead.

Newcastle are now expected to look elsewhere for attacking reinforcements. Lingard can leave for free in the summer and has no intention of remaining at Old Trafford beyond this season.