Ronaldo returned to United from Juventus last summer and scored 24 goals in 38 games; United failed to win a trophy for the fifth successive season and missed out on Champions League qualification; United's stance is Ronaldo is not for sale and is under contract for one more year 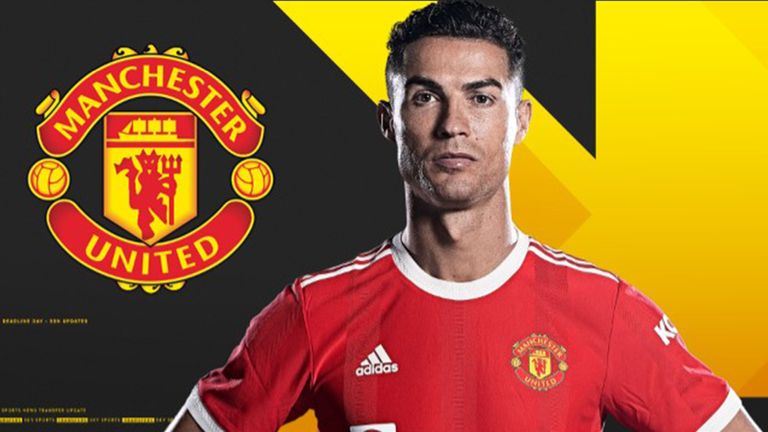 Cristiano Ronaldo wants to leave Manchester United this summer amid concerns he will be unable to compete for the biggest trophies at the club.

The 37-year-old feels the urge to win even more in the twilight of his career, but is understood to feel that may not be possible at Old Trafford next season. The 2021/22 campaign was the fifth in succession in which United failed to win a trophy.

Ronaldo is also understood to be concerned that United are yet to make any improvements to the squad in the current transfer window. Thirteen players have left the club this summer but none have yet arrived.

Ronaldo respects United a lot - especially the fans - and is said to be "in love" with the club, but this coming season will be the first in his career in which he will not play Champions League football if he stays at Old Trafford.

The Portugal international has never played in the Europa League - which United will be in next season - and last played in its predecessor, the UEFA Cup when he was at Sporting Lisbon in the 2002/03 season. 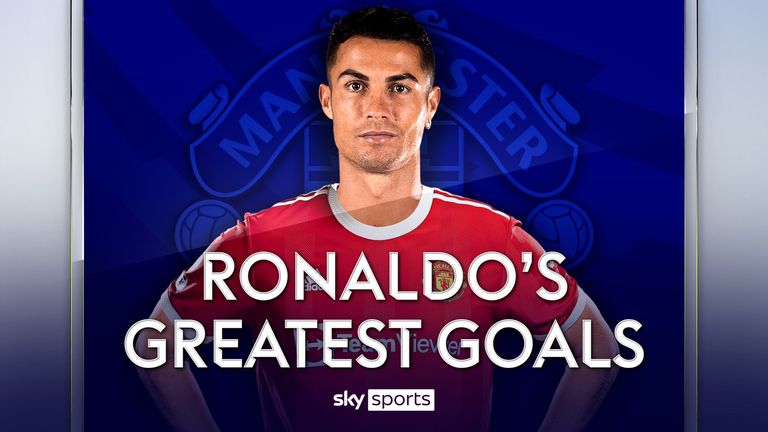 With over 100 Premier League goals to his name, we pick out some of Cristiano Ronaldo's best strikes in the top flight

But while Ronaldo is keen to leave, United have taken the stance that he is not for sale and expect him to see out the remainder of his contract, which expires in the summer of 2023.

Erik ten Hag ideally wants the bulk of United's transfer business to be completed before the squad flies out for their pre-season tour on July 8.

The club have a basic agreement in place for Frenkie de Jong, although Barcelona president Joan Laporta has suggested publicly he wants to keep the player at the Nou Camp.

"There are clubs that want him, not just United," he said. "We have no intention of selling him, he wants to stay.

"Frenkie is considered as one of the best midfielders in the world by all the experts. We are happy to have him."

A deal for Feyenoord left-back Tyrell Malacia is expected to be completed soon, while United are strongly interested in Arsenal target Lisandro Martinez and have been doing due diligence on the situation.

Christian Eriksen is deciding whether to accept an offer from United or remain at Brentford. There are also other proposals on the table the former Tottenham midfielder "remains open to."

Ten Hag's new side are in talks with his old club Ajax over forward Antony, but the Dutch champions have indicated they expect defender Jurrien Timber to stay in Amsterdam. United had the centre-back, who can also operate at right-back, on a shortlist of defensive targets.

John Murtough, United's football director, is overseeing the team's transfer business, aided by Steve Brown, the head of recruitment operations. Tom Keane, a solicitor and brother of former United defender Michael Keane, has been roped in on a consultancy basis to help draft deals.

'Another player leaving would not fill Utd fans with confidence'

"I always knew there were issues bubbling in the background because he upset the way that the players played, the team played, the way managers planned for matches, the way the club plan tactically for matches. And he was a problem because you couldn't not play him because he was so good and he was delivering. 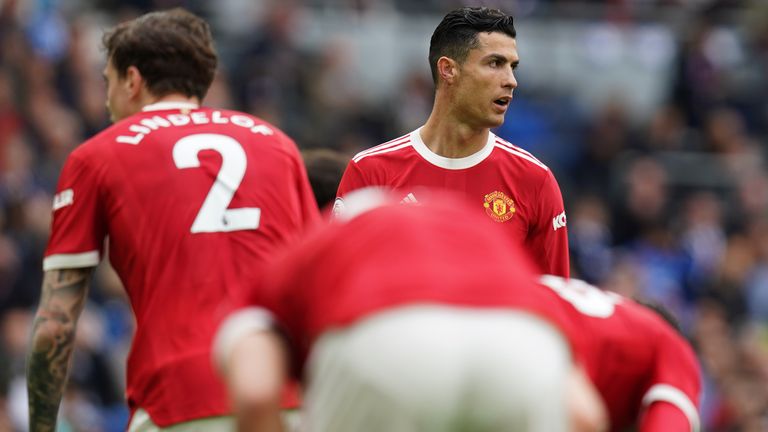 Editor of United We Stand, Andy Mitten, reacts to the news that Cristiano Ronaldo has asked to leave Manchester United

"He faded a little bit before the end of the season, but then towards the end he was quite strong. He scored a couple of hat tricks and he provided the moments, but he's not getting any younger and he's probably not getting any better. And if he's not happy, that's not a good thing.

"I think the most important thing in this is Erik ten Hag. Around 20 per cent of me thinks Cristiano leaving can save him a big problem, but what does he want? As we speak, Manchester United have not brought a single player in. They're going to bring players in and they are talking to lots of players. The club have got money. They're not panicking in the slightest, but the optics at the moment, with another player leaving, they don't really fill the fans with confidence.

"I wouldn't be hugely concerned if he left Manchester United. I think Manchester United would bring another striker in. There's not a lot of No 9s around, but for a club with United's budget, they would be able to bring one in, but then it will probably be a veteran and United won't want to go down that road again.

"I think Manchester United have got to find another way of winning beyond bringing in these stellar names that drive commercial growth, that get huge levels of interaction on social media, but ultimately disappoint. Eighty per cent of the players who've come to United since 2013 have failed or underwhelmed.

"It's quite alarming that really good players come to the club and get substantially worse. And if a new manager wants to come in and bring players in who you've never even heard of, I think fans would give him a chance to to do that. Eric ten Hag's stock is high because he's a new manager, because he's perceived to be a very good coach. United's galactico-like policy of bringing in names has just been so hit-and-miss.

"Edinson Cavani, who is a great striker, finished his first season really strongly for Manchester United, but his second season was a write-off and he was on huge wages. Ronaldo's on huge wages and Ed Woodward did more to bring Ronaldo in than anybody and I know the club were delighted when he came in as, commercially, they felt vindicated.

"He is such a huge name that people with only a fledgling interest in football look out for him. But if you're watching Manchester United every week, you're less concerned about that and more concerned about watching a cohesive team, one which doesn't lose its last six games of the season away from home."

Can Man Utd cope without Ronaldo? Your comments

We asked our readers whether or not Manchester United would be able to cope in the event of Ronaldo's potential exit. Here's a selection of the responses:

How important is Ronaldo for Man Utd?