Luis Suarez has been linked with a move to Aston Villa in the Spanish press, although Sky Sports News understands he is not a target; Newcastle are rumoured to be interested in bringing Real Madrid's Eden Hazard back to the Premier League

Could Eden Hazard and Luis Suarez be about to make their swansong in the Premier League? Alvaro Montero assesses the situation.

Suarez left Liverpool for Barcelona in 2014 in a reported £75m deal and went on to win everything possible at the Nou Camp, including an historic treble in his first season in Catalonia.

Barcelona pushed him out of the club in a money-saving operation in 2020, selling him to Atletico Madrid, where he proved the decision-makers at Barca wrong by firing his new side to last season's La Liga title.

But this season, Suarez, who turns 35 later this month, has had to get used to spending more time on the bench under Diego Simeone and could be looking for an exit this summer when his contract expires. 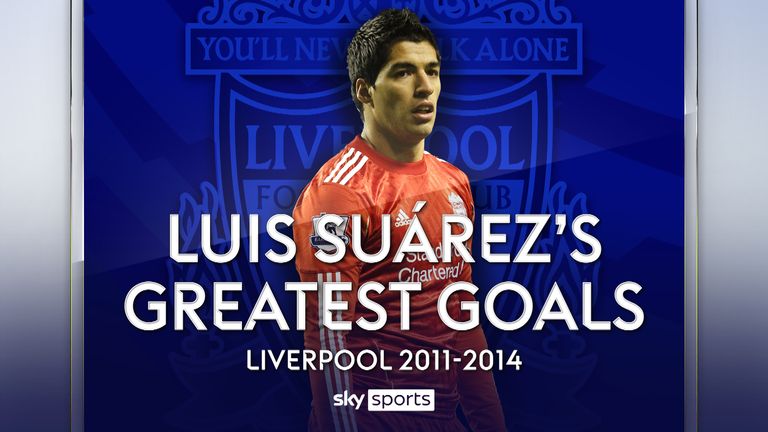 With Luis Suarez linked with a move back to the Premier League, we showcase his greatest top-flight goals with Liverpool

Reports in Barcelona claim Suarez has had offers from Brazil and Saudi Arabia but would prefer a reunion with former Liverpool team-mate Steven Gerrard, who has already convinced Philippe Coutinho to join him at Aston Villa.

Asked about the potential of Suarez returning to the Premier League with Villa, Spanish football expert Alvaro Montero told Sky Sports News: "It is a possibility because Luis Suarez does not have as important a role as he did last season when Atletico Madrid won La Liga. 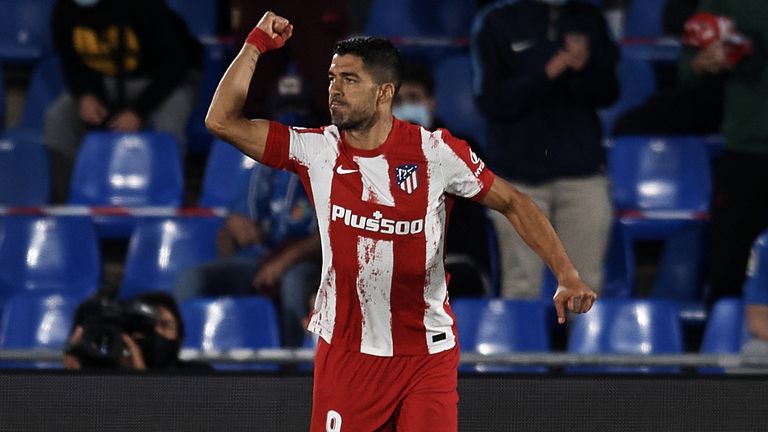 "He has got other players, such as Antoine Griezmann ahead of him.

"Diego Simeone does not seem to have the same confidence in him as last season. So I can understand why Luis Suarez is trying to find a way out.

"In this case, we know Steven Gerrard is a friend of his after playing in Liverpool and could be an option."

Sky Sports News understands Suarez is not a target for Villa.

What Suarez would PL be getting?

Suarez's goalscoring exploits have not slowed down at Atletico Madrid - he netted 21 times last season as Diego Simeone's side won La Liga - but Montero suggests his pace has reduced.

Asked what sort of Suarez the Premier League would be getting, Montero told Sky Sports News: "A very different Luis Suarez to the one we saw at Liverpool. He is 34 years old, he is not as quick as he used to be - we can remember the speed he had at Anfield.

"But he has not lost the capacity to score goals inside the box, he is a very important striker to make goals in the final moment." Newspaper reports in England suggest Newcastle are interested in Real Madrid's Eden Hazard; is there a chance the 31-year-old could also return to the Premier League?

"There has been no offers to Real Madrid for Eden Hazard," Alvaro Montero told Sky Sports News. "They would accept an offer if that were true. But there is a huge problem, because the player wants to stay in Madrid.

"It's his third season, but because of the injuries, he has not developed good football as we've seen him in Chelsea a few years ago. He wants to give himself a last chance and maybe finish this year and let's see what happens in the summer.

"He earns 14m euros per year after tax. It is a big amount of money and I would say only Premier League could afford that. I will say the only chance he has to go to a good market will be the Premier League. It is a good possibility for Eden Hazard to go to England."

'Real willing to listen to offers for Hazard'

"As far as Eden Hazard is concerned, it is a very curious situation because I think Real Madrid are willing to listen to offers for him.

"The move from Chelsea hasn't really worked out. He's had lots of injury problems and his form hasn't been that great when he has had opportunities, but as far as the player himself is concerned, I think he would prefer to wait until at least the summer before deciding what to do next.

"Of course, bear in mind he has a World Cup with Belgium coming up in November as well.

"Now, according to the Spanish media, Newcastle are interested in signing him. Everton are also said to be interested and Chelsea. There has been lots of talk of Chelsea and a dream return to Stamford Bridge.

"But I think as far as Madrid are concerned, they spent about 100m euros on him so if he was to leave, it would take a big transfer fee and also, there is the question of his wages because I think he earns about £250,000-a-week in Spain.

"So, any club trying to do a deal for him would have to have very deep pockets."

The January transfer window opened on Saturday January 1, 2022 and closes at 11pm on Monday January 31.