Graeme McDowell and Colin Montgomerie against Ryder Cup without spectators

"I can't really imagine what it would feel like to make a 30-foot putt in a pivotal match in the Ryder Cup and then have silence." Graeme McDowell and Colin Montgomerie are both in agreement that this year's Ryder Cup should not go ahead without spectators.

Rory McIlroy, Jon Rahm and Brooks Koepka, the world's top three players, have already expressed reservations about the September contest being played behind closed doors at Whistling Straits, and their views were echoed by McDowell and Montgomerie during the live 2010 Ryder Cup Watchalong on Sunday.

McDowell insisted the Ryder Cup should only be given the green light if it is deemed safe enough to admit spectators, while Montgomerie urged the tournament authorities, the European Tour and the PGA of America, to be "patient" and wait until the Ryder Cup can be played "properly".

As he reflected on the astonishing scenes around the 17th green after securing victory for Europe at Celtic Manor, McDowell said: "Watching this thinking 'does the Ryder Cup work without this atmosphere, this excitement, this experience?

"My answer is no, because this is what the Ryder Cup is all about. 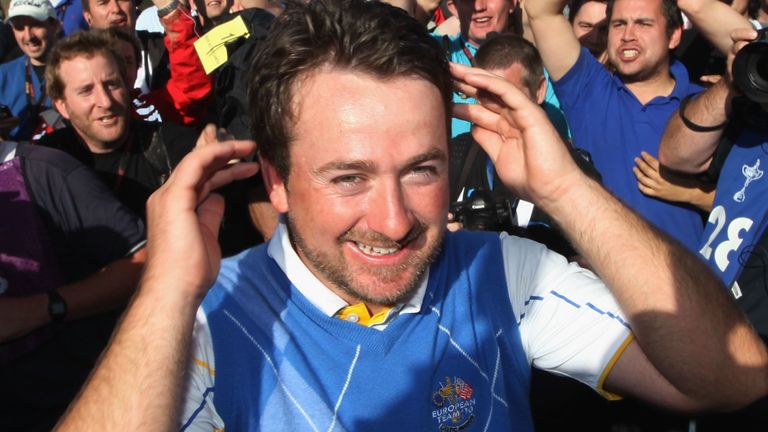 "Standing on that first tee, whether it's in Europe or America, and you've got that partisan feeling among the fans supporting their guys, you've got the noise and the passion. It's the fans that bring the 'X Factor' to the Ryder Cup.

Montgomerie, one of Europe's most successful players and the winning captain at Celtic Manor 10 years ago, added: "The Ryder Cup is worth playing properly, and properly means having fans.

"It is such a unique event, and while I can see some tournaments going ahead without fans, like the Charles Schwab Championship, I can't see the Ryder Cup without fans.

"It's just being impatient if it goes ahead, so let's be patient and do it properly. It will be 10 times the event if you have the fans there, and it's the fans that make or break the Ryder Cup."