Ryder Cup 2020: Who will be part of Steve Stricker's Team USA at Whistling Straits in two weeks time?

There is no Tiger Woods or Phil Mickelson for Team USA in the 43rd Ryder Cup but Steve Stricker's line-up still boasts plenty of star power and quality; watch the Ryder Cup live from September 24-26 on Sky Sports Golf

The 43rd edition of the event will take place at Whistling Straits from September 24, live on Sky Sports, as Team USA look to reclaim the trophy they lost at Le Golf National in 2018.

The team features six automatic qualifiers based on the USA's points list after the BMW Championship, and six captain's picks made by Steve Stricker. With no Tiger Woods or Phil Mickelson, and six debutants, there is a lack of experience, but that is countered by having most of the world's top-ranked players in the team.

There are occasionally questions asked over a player making their Ryder Cup debut. How will he handle the pressure? The crowd? The occasion? But Morikawa has shown over the last year that a lack of previous experience can also count for little. He won on his debut appearances at both the 2020 PGA Championship and the 2021 Open Championship, and was the first player to qualify for Team USA. Asked about his preferred Ryder Cup playing partners, he chose Justin Thomas or Xander Schauffele: "Those guys have very similar games, they're very consistent. They're just guys you get along with. I think that's what a big part of it is about, not just matching up games. I've hung out with Xander, I've hung out with JT and I played a lot of golf with them. That just makes things a little easier by the time when you're put in a setting with 40,000 fans around you, hitting a first tee shot."

Johnson has not had the best year of his career, winning only once on the European Tour and losing his place at the top of the world rankings. He has also had some struggles with his putter, but will provide a veteran presence on the team and should be a formidable opponent, particularly in singles, where his record is 3-1-0. He did have a winning Ryder Cup run until going 1-4-0 last time out in Paris.

In 2018, DeChambeau was one of four picks made by USA captain Jim Furyk, this year he was the third player to qualify automatically. He claimed his first major at the 2020 US Open and narrowly missed out on victory at the BMW Championship as he lost to Patrick Cantlay after a six-hole play-off. His long-running feud with team-mate Brooks Koepka could be something to keep an eye on, even if Stricker says the pair will put it aside for the week: "They assured me that the team and the country and everything else that goes into this is their top priority. They said it's not going to be an issue, and I believe them. I trust them. As far as I'm concerned, it's been put to bed." DeChambeau's only two Ryder Cups matches with partners have been with Mickelson and Woods.

Koepka has been one of the most consistent players on tour in recent years, particularly at the majors when he has 12 top-seven finishes in his last 16 appearances. He was an impressive 3-1-0 on his Ryder Cup debut at Hazeltine in 2016, but withdrew from the Tour Championship with a wrist injury, which seemed to occur when he hit a root. He played down the severity of the issue, saying: "Same wrist I had issues with back in '17, '18, so just making sure it's all good." 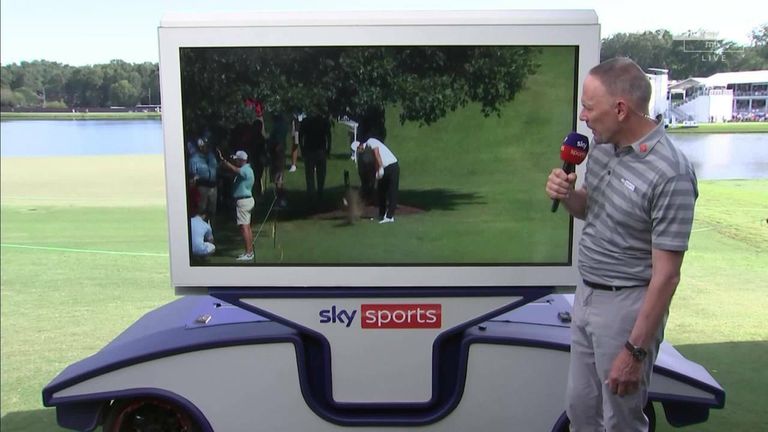 With just one victory to his name this season - at The Players in March - Thomas does not head into the Ryder Cup in peak form. However, he has shown that team events often bring out the best in him. On his Ryder Cup debut in Paris he went 4-1, and combined with the Presidents Cups in 2017 and 2019 he is 10-3-2. Expect to see him paired up with Jordan Speith after they went 3-1 together last time in the tournament.

This might be Cantlay's Ryder Cup debut, but he is the in-form player heading to Whistling Straits. He has won four times on the PGA Tour this year - the first player to reach that number since Thomas in 2016/17 - and held off world No 1 Jon Rahm to win the season-ending Tour Championship. He has experience of the Presidents Cup - going 3-2 in 2019 - and his game should suit the course for the 43rd Ryder Cup. 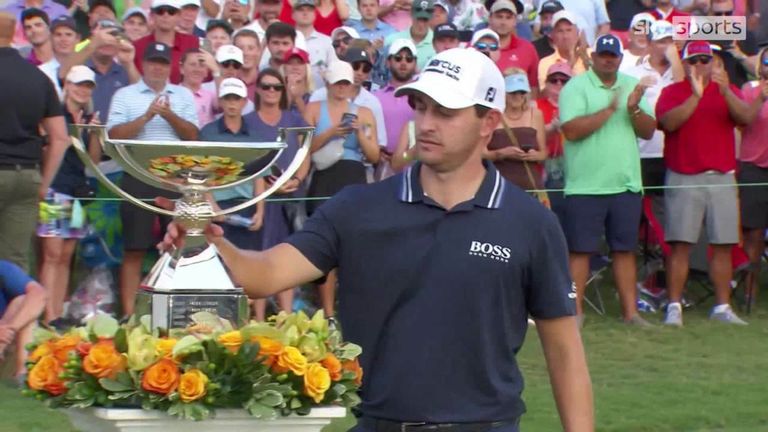 This could be some summer for Schauffele. The 27-year-old won gold at the Tokyo 2020 Olympics in August and is now set to compete in his first Ryder Cup. He has shown he can mix it with the best, as evidenced by six top-10 finishes in the majors since the last Ryder Cup, when he narrowly missed out on a place to Tony Finau. He should be hungry to succeed after not making the team in Paris.

Spieth was ranked outside the top 60 in the world when the original dates for the 2020 Ryder Cup passed last year, but he has returned to form over the past 12 months. He has five top-10 finishes this season, including third-place at the Masters, and will be an important figure on Team USA. At Hazeltine in 2016 he went 3-1-1 and he boasts a strong four-ball record over three Ryder Cups of 5-1-0.

Having been the last captain's pick in 2018, Finau was one of just four Americans to finish the week with a winning record. His hopes of making the team this year looked to be fading earlier in the summer, but his form has improved since ending a five-year title drought with victory at The Northern Trust. He ended the season with an 11th-place finish at the Tour Championship and should be strong around Whistling Straits.

Not only has English not competed in the Ryder Cup before, but he also has not taken part in the Presidents Cup, so the team experience will be fresh for him. While there have been questions over whether he hits long enough for the course at Whistling Straits, there is no denying he has been in strong form this year. He has won two titles and came close to a third at the WGC-FedEx St. Jude Invitational last month.

The 2020 PGA Tour Rookie of the Year, although he is yet to win on the PGA Tour. However, his record in majors over the last two years is superbly consistent, finishing inside the top 20 in all six appearances with a best finishing position of tied fourth in last year's PGA Championship. He was in the top 10 again this year at the PGA Championship as well as the US Open and The Open, plus he was runner-up to Billy Horschel at the WGC-Dell Technologies Match Play where he beat Ian Poulter and Jon Rahm, and appears a man for the big occasion.

Berger won at Pebble Beach earlier this year and has been a consistent performer in 2021 with tops 10s at the US Open and The Open. In the 2017 Presidents Cup he went 2-1 and earned the point that clinched victory for Team USA. Berger makes it four debutant captain's picks with the experience of Patrick Reed overlooked, while the likes of Webb Simpson, Kevin Na and Horschel also missed out.