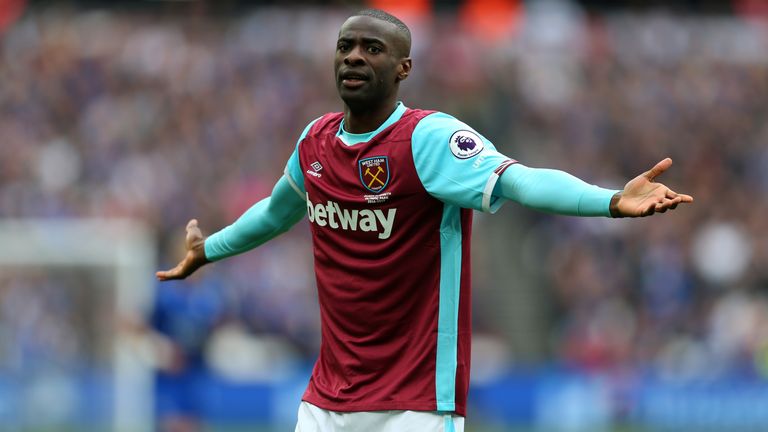 Pedro Obiang looks set for a move to Saauolo

Serie A side Sassuolo have bid £8.1 million for West Ham midfielder Pedro Obiang and a deal is close, according to Sky Italy.

The 27-year-old joined West Ham from Sampdoria in 2015 and could be set for a return to Italy.

Obiang has made a total of 116 appearances in his four seasons in east London, scoring three goals.

He is currently in the squad for the Premier League Asia trophy in which West Ham play Manchester City on Wednesday in China.

The Spanish-born Equatorial Guinea centre midfielder struggled to start matches last season due to the rise of Declan Rice and could be tempted by more game time at Sassuolo.

Obiang would be the eighth senior player to leave the Hammers this summer following the sales of Marko Arnautovic and Lucas Perez as well as the expiration of Andy Carroll, Adrian and Samir Nasri's contracts.