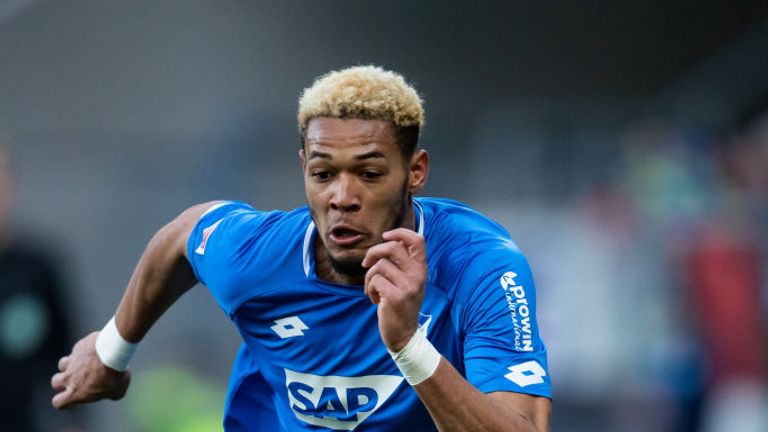 Newcastle are closing in on the signing of Hoffenheim striker Joelinton, Sky Sports News understands.

Sky Sports News understands Newcastle have agreed a fee in the region of £40m with Hoffenheim and the Brazilian is on Tyneside finalising his move.

His imminent arrival at St James' Park will see Newcastle break their transfer record for the second time in seven months, with the fee for Joelinton surpassing the £21m the club paid for Miguel Almiron in January.

The deal also represents a record sale for Hoffenheim, surpassing the £29m they received from Liverpool for forward Roberto Firmino in 2015.

Joelinton, who has been capped at U17 level by Brazil, scored 11 goals in 35 appearances for Hoffenheim in all competitions last season.

The 22-year-old will become Steve Bruce's first signing as Newcastle head coach and will bolster the club's forward options following the departures of Ayoze Perez and Joselu to Leicester and Deportivo respectively.

Hoffenheim manager Alfred Schreuder revealed last week that Joelinton would be departing the Bundesliga club after leaving him out of his squad for a pre-season match.

"It's not my decision, that's what the club does," Schreuder told German outlet Kicker.

"It's always the same in football: when players leave, it also opens up room for other players, and of course it's a shame he's leaving, but it's also a matter of philosophy."