Jesse Lingard is understood to be keen to listen to any approach from Newcastle and is impressed by their signing of his friend Kieran Trippier; midfielder is out of favour at Man Utd and has just six months remaining on his contract 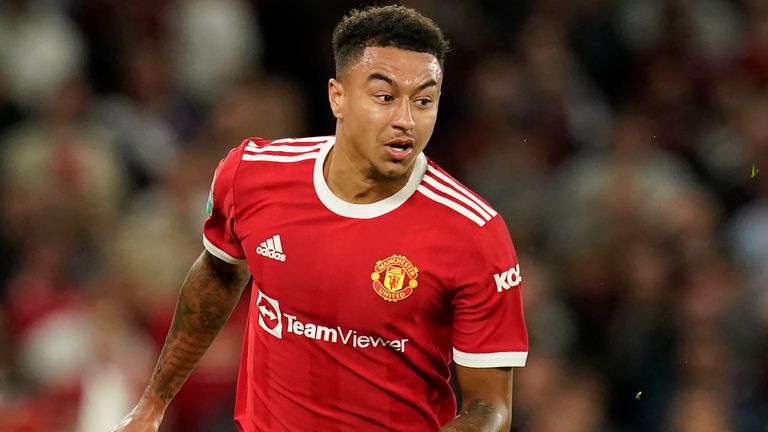 With Jesse Lingard finding opportunities limited since going back to Manchester United, Newcastle are understood to have made an offer for the England international

Newcastle have made an approach to Manchester United for Jesse Lingard, who is out of contract in the summer and has no interest in renewing his deal at Old Trafford.

Lingard is believed to be interested in considering any offer from Newcastle, and could favour a permanent switch to St James' Park.

The 29-year-old has a good friendship with Kieran Trippier, who joined Newcastle from Atletico Madrid this month, and is understood to be impressed by the club's ability to attract a player of his calibre.

However, Lingard is currently able to speak to foreign sides about a pre-contract agreement, and any offer from Newcastle would need to reflect the fact he is able to join a new club for free in the summer.

The Magpies' bid could be helped by the fact they are not competing with United for a position in the top four, meaning Ralf Rangnick's side would not be strengthening a rival if they sanctioned his departure.

United's top-four competitors Tottenham have also approached Lingard's representatives over a transfer in the summer.

The midfielder was told by former United boss Ole Gunnar Solskjaer that he would feature regularly for the side this season, but he started just once under the Norwegian before he was sacked in November. 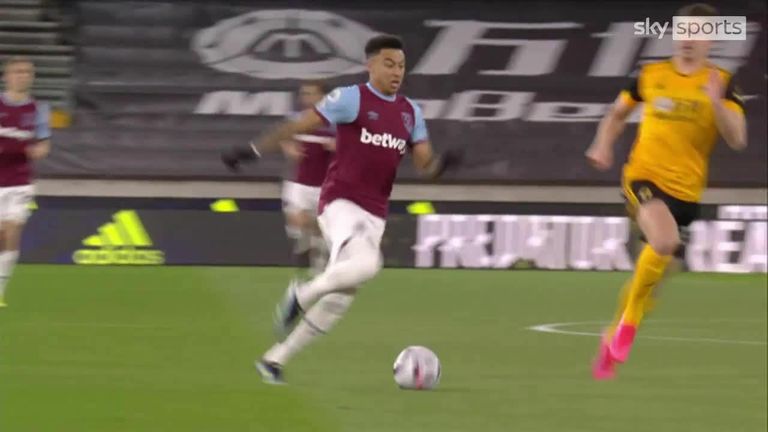 Jesse Lingard's goal against Wolves won the Premier League goal of the month award back in April last year.

Lingard's fortunes have not improved under Rangnick, who has also started the midfielder only once since replacing Solskjaer.

Lingard's lack of game time contributed to his absence from the England squad for their most recent matches in November, after which he expressed his desire to play regular football ahead of the World Cup this winter.

Lingard's struggles this campaign are in stark contrast to the second half of the 2020/21 season, when he scored nine times in 16 games during an impressive loan spell at West Ham.

"It's thought that he's keen to hear what they have to say and a permanent move cannot be ruled out either.

"But you have to take into account the fact that he would be a free agent in the summer, which would give him all the options and the financial implications that would have.

"There's no transfer fee in the summer and players can then get a signing on fee, so any kind of permanent offer would have to have the financial implications that a potential free agent move would have for Lingard.

"Furthermore, Lingard is good friends with Kieran Trippier and said to be quite impressed that Newcastle have managed to sign a player of Trippier's calibre, despite the position they find themselves in.

"What about the situation Lingard finds himself in? After his West Ham loan spell, his stock was really high. Ole Gunnar Solskjaer gave him assurances that he would play for Man Utd [this] season. He has zero Premier League starts this season.

"The other implication for Lingard is that in 10 months time, there is a World Cup. He will want regular first-team football and if he's not going to get that at Man Utd for the rest of this season, then that is something he has to think about.

"If he waits until the summer, and goes as a free agent, he's going to have a two or three month window to impress Gareth Southgate ahead of that World Cup.

"As far as United are concerned as well, when they're deciding about which destination would be best for Lingard, they've got to decide what is best for Man Utd.

"So maybe if the Newcastle one progresses, United might be willing to say, 'they're not direct rivals, they're fighting for relegation, we might let you get first dibs there'."

'Why don't United give Lingard a chance?'

"They're worried he'll go there and do what he did at West Ham last season - I think he scored nine times in 16 games.

"If they think that there's the threat or the possibility that could happen, why don't they give him a chance? Because they're obviously worried that he is such a good player, that he's going to go to West Ham and Spurs and help them to finish in the top four. "I think it's a no-brainer for Newcastle. United are saying 'pay a loan fee for him, pay 100 per cent of his wages, and for an outlay of a £2m fee and £80,000 per week, Newcastle will be getting a player that can create and score the goals which will keep them up.

"We all saw what he did at West Ham and what he does for England when he is given a chance. You're guaranteed the creation and scoring of goals with Lingard.

"If I was Newcastle, I'd be trying everything to get him and I'm baffled that he's not even getting a chance at United."

Sevilla defender Diego Carlos has told the club he wants to leave this month to join Newcastle.

The Brazilian is writing a transfer request to send to the club's manager and president after Newcastle had submitted a bid for him earlier this month.

Sevilla are willing to do business with Newcastle at the right price, but the Magpies will not pay over the odds for the 28-year-old and have other centre-back targets.

Newcastle are hoping to sign two central defenders this January.

The Premier League club retain a strong interest in Benoit Badiashile, but a deal for the Monaco defender is now looking unlikely after he sustained an injury during his side's draw with Nantes.

"Our colleagues at Sky in Italy are also reporting Newcastle have tried to sign Duvan Zapata, the Atalanta striker. 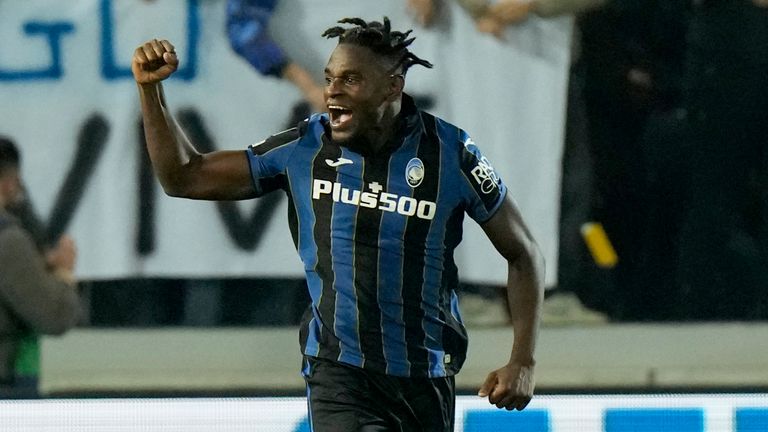 "They're saying Newcastle's offer was €5m for a loan, with an option to buy for €26m.

"Sky Italia are saying the operation was 'impossible' with these figures, and Atalanta will only change their minds should Newcastle come back with an increased offer."