Mesaque Dju has played at youth level for Portugal

Benfica teenager Mesaque Dju is set to join West Ham on a free transfer, according to Sky sources.

The 19-year-old winger came through the Portuguese club's youth system, and has represented Portugal at every youth level from the U16s to U20s.

He was part of the Portugal side that won last year's European Under-19 Championship and the U17 Euros in 2016.

Dju is set to complete his move to West Ham on Wednesday, and will initially link up with the Hammers' under-23 side.

West Ham are yet to make any additions so far this January.

However, on Monday Sky Sports News reported West Ham have held talks with Sheffield United over a £4m deal for midfielder John Fleck. 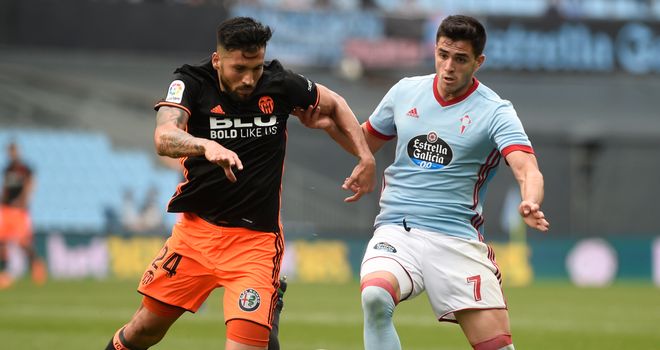 West Ham are closing in on a deal to sign Celta Vigo striker Maxi Gomez, according to Sky sources

Meanwhile, it was reported on the weekend that the club are closing in on a deal to sign Celta Vigo striker Maxi Gomez.