Newcastle had bid worth up to £33m accepted for Reims forward Hugo Ekitike but the 19-year-old has decided to stay with the Ligue 1 club; Borussia Dortmund and PSG also have an interest in Ekitike, who now wants to stay at Reims until the summer

Hugo Ekitike's Deadline Day move from Reims to Newcastle has fallen through after the Ligue 1 club confirmed the forward has decided to stay in France.

Newcastle's bid of £25m - rising to £33m - for Ekitike was made on Sunday night and accepted by Reims on Monday.

But, following late interest from Borussia Dortmund and Paris Saint-Germain as well, the 19-year-old has decided to stay at Reims and reassess his options in the summer.

Reims released a statement confirming that news on Monday, saying Ekitike would remain at the club until the end of the season.

Jean-Pierre Caillot, the Reims president, admitted they received "very good offers" for Ekitike but that the player and the club "share the feeling there is still a piece of history to write together".

France U20 forward Ekitike was also being tracked by West Ham. Newcastle initially opened talks with Reims to sign Ekitike earlier this month prior to signing Chris Wood from Burnley.

Ekitike, who can also play on the left wing, made his debut for Reims in August and has scored eight goals in 18 Ligue 1 appearances this season, registering three assists.

Newcastle also failed in a Deadline Day move for Jesse Lingard after the Manchester United board decided not to sanction a move away from Old Trafford for the England international.

However, the Magpies have signed Aston Villa left-back Matt Targett on loan until the end of the season.

The St James' Park club are also on the verge of signing Brighton defender Dan Burn, who is set to travel to the North East to undergo a medical.

Newcastle have had an offer of around £13m for Burn accepted by Brighton, after an earlier bid of £10m plus add-ons was rejected on Saturday. 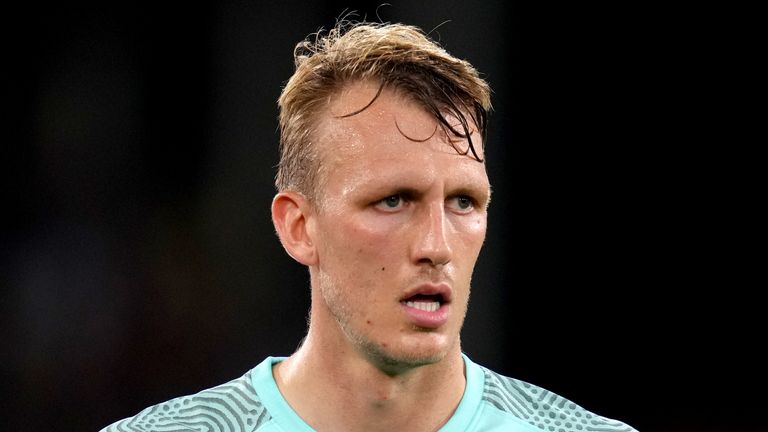 Burn has entered the final 18 months of his Brighton contract. The 29-year-old, who joined Brighton from Wigan in 2018, can also play at left-back. The Seagulls are extremely unlikely to sign a replacement centre-back this window.

"Newcastle have been left a little bit light up front. Yes, they have signed Chris Wood, but they are a little bit short in the attacking third of the pitch.

"But overall, they will be fairly pleased with the window in terms of the number of players they have brought in. They have made real inroads this window but they have been left a little short up without signing Hugo Ekitike or Jesse Lingard."

Newcastle completed the signing of midfielder Bruno Guimaraes from Lyon for £40m on Sunday.

Newcastle agreed a package of £33.3m plus around £6.5m in add-ons with French club Lyon to make the midfielder their third signing this January, following the arrivals of Kieran Trippier and Wood. 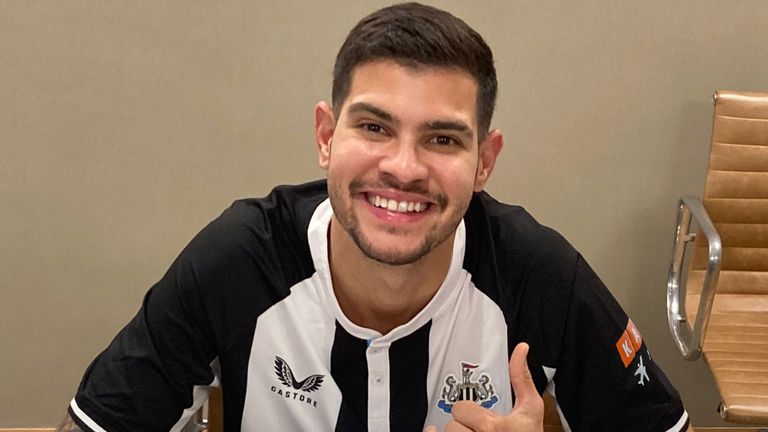 Newcastle have signed Bruno Guimaraes from Lyon for £40m - and you might be surprised to find out why he's chosen to wear the No 39 shirt...

The midfielder will play for Brazil on Wednesday and will not be able to travel to the UK to meet his new team-mates and head coach Howe until Thursday at the earliest.

The box-to-box brilliance of Guimaraes

Guimaraes, who has been capped three times at international level by Brazil, comes into his own when his attacking qualities are examined. Not limited to merely carrying out defensive midfield duties, he is as effective in the opposition half and attacking areas, if not more effective.

The ability to find defence-splitting passes is illustrated by his high number of completed passes and chances created, while Guimaraes' fouls won, and touches statistics show there are few more effective carriers of the ball than the Brazilian currently playing in France.

When you combine Guimaraes' attacking and defensive qualities it's clear Newcastle have identified a midfielder with genuine box-to-box qualities, a rare find at the best of times, let alone during a notoriously difficult January window which could be the difference between Premier League safety and relegation.