Transfer news, rumours and gossip from the Emirates; January transfer window runs from January 1 to 31

Wrapping up the Arsenal transfer news, rumours and gossip in the 2022 January window.

Arsenal have been told they will have to pay the full release clause of around £75m if they want to sign Real Sociedad forward Alexander Isak (Daily Mirror, January 31); Arsenal target Isak has been spotted in London as the transfer deadline looms (Mail on Sunday, January 30).

Arsenal appear to have missed out on the signing of Romania sensation Kevin Ciubotaru, who is instead set to join the academy at Rangers (Daily Telegraph, January 31).

Arsenal's chances of landing Dominic Calvert-Lewin in the summer have been rocked by Frank Lampard's imminent appointment as Everton boss (Daily Star Sunday, January 30); Arsenal are continuing their hunt for a striker, with Everton's Dominic Calvert-Lewin under consideration, although Borussia Dortmund are also monitoring the Toffees hitman as they brace for the potential loss of starman Erling Haaland in the summer (Daily Mail, January 28).

Arsenal are close to finalising a deal to sign USA goalkeeper Matt Turner from New England Revolution in the summer, with the fee expected to be about £6m with up to £2.5m in add-ons (The Guardian, January 28). 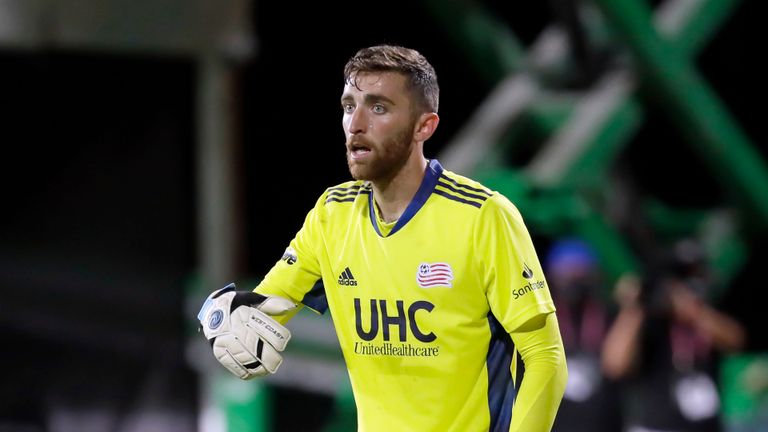 Watch as New England Revolution goalkeeper and Arsenal transfer target Matt Turner makes an amazing penalty save against Nani last season - is this a sign of things to come Arsenal fans?

Arsenal could switch their search for a defensive midfielder to Aston Villa's Douglas Luiz after apparently dropping out of the contest to sign Lyon star Bruno Guimaraes (Daily Express, January 27).

Arsenal could turn their attentions to Napoli striker Victor Osimhen after Juventus beat them to the signing of Dusan Vlahovic (Daily Mirror, January 27).

Ajax star Noussair Mazraoui has issued a come and get me plea to Arsenal, but the Gunners face a tricky challenge to complete a transfer for him (Daily Express, January 27)

Renato Sanches has hinted that he will leave Lille and has named Arsenal as one of the clubs he could move to (Daily Mail, January 24); Sanches has put talks over a new contract with Lille on hold because of increased transfer interest from Arsenal (Daily Mirror, January 22).

Bayern Munich have joined Manchester United and Arsenal in the race to sign Borussia Monchengladbach midfielder Denis Zakaria (The Sun, January 20); Man Utd and Arsenal have been put on red alert after Gladbach sporting director Max Eberl admitted transfer target Zakaria could leave (The Sun, January 18); Denis Zakaria has told Gladbach he will quit the club in the summer - with Arsenal already expressing an interest (The Sun, December 30).

Vickery: Arthur is an Arteta-style player

"It's been striking over the last few years how Brazilian midfielders have struggled when they've come to Europe. They've struggled with the extra intensity of the European game.

"Arthur fits into that category. He was the great hope when he was developing at Gremio in Brazil. We instantly thought 'Barcelona' - he was made to measure for Barcelona. He went there, it started off pretty well, but it hasn't gone well since.

"Now he's spending most of his time on the bench at Juventus. I'm told by European-based Brazilian correspondents that part of the problem is that he went a little bit off the rails with his off-field behaviour.

"But there is a player there and there is an Arteta-style player there. With his capacity to retain possession, to receive and play the ball on the half-turn, his career can be put back on the right track because he is a talent."

What type of player is Bruno Guimaraes?

Arsenal have also been linked with Lyon midfielder Bruno Guimaraes.

"Arsenal are light in central-midfield positions as Arteta said recently, and Bruno Guimaraes is strong, competitive, box-to-box but a little bit dependent on his right foot. He has had problems against teams who press. He won an Olympic gold medal in Brazil starting that game.

"At senior level, Brazil had a look at him. He's never going to be a world-beater but he could be a useful player to have."

"He has six months left on his contract and he rejected Arsenal's offer of a new deal back in November and it seems to be a case of when and not if Nketiah will leave the club. One source told us today that Crystal Palace have had a bid rejected for Nketiah.

"Palace have been long-term admirers of Nketiah and tried to sign him before. As for Arsenal, they and Mikel Arteta have made it clear in various news conferences that they want Nketiah to stay.

"But they will have a decision to make because if he is not going to sign a new contract and there is a cash offer in this window, it is something they will have to discuss with Nketiah and see what the best way forward is for them."

The latest players linked with an Arsenal exit

Barcelona are in advanced talks with Arsenal over the loan signing of Pierre-Emerick Aubameyang (Sky Sports News, January 30).

Crystal Palace are interested in signing Eddie Nketiah but they face competition for the Arsenal striker from another Premier League side (Sky Sports, January 7); Bayer Leverkusen are keen to sign Nketiah on a pre-contract agreement (The Sun, January 2); Arsenal's renewed interest in using Nketiah more frequently might not pay dividends with a January move to West Ham or Brighton still possible (The Sun, December 24).

Jose Mourinho is plotting to sign Arsenal midfielder Granit Xhaka as he looks to bolster the midfield options at his disposal at Roma (Daily Mirror, January 28).

Arsenal are willing to let Cedric Soares leave the club in January as they look to refresh their right-back options (The Sun, January 20); Atletico Madrid are considering a loan move for Arsenal right-back Cedric (Sky Sports, January 7).

Arsenal midfielder Mohamed Elneny could be on his way out of the Emirates in the winter transfer window with Fenerbahce keen to bring him back to Turkey (The Sun, January 19).

Arsenal wonderkid Charlie Patino is being tracked by Barcelona (The Sun, December 23).

Arsenal have told Marseille they do not want to sell William Saliba, the defender who is currently on loan at the Stade Velodrome and has impressed in Ligue 1 this season (Daily Mirror, January 14). William Saliba has refused to reveal where he will be playing next season as he snubbed a question over his Arsenal future (The Sun, December 13).

Arsenal are facing a battle to hold onto rising strike starlet Khayon Edwards amid mounting interest from clubs in England and abroad, including London rivals Chelsea (Daily Mail, December 13).