Down footballer Barry O'Hagan discusses Eugene Branagan's recent comments about a supposed lack of a winning mentality in the Mourne County, and looks ahead to the team's upcoming Tailteann Cup campaign.

Down star Barry O'Hagan has insisted that the Mourne County footballers have paid no heed to recent comments by Kilcoo's Eugene Branagan.

2021-22 Club Player of the Year Branagan caused a stir earlier this month, when stating that the reason he and many of his club colleagues were reluctant to join the county panel was due to a lack of a winning mentality.

"I think there's a core of players, who don't know how to win. They haven't the winning mentality. I think that's why a lot of Kilcoo boys don't want to be involved," Branagan stated.

However, O'Hagan has said that the Down players have ignored his comments.

"Freedom of free speech, if that's what Eugene thinks, I am not going to comment on that," he said.

"Everyone is entitled to their own opinion.

"If that's what he thinks, that's fair. It hasn't got inside our camp and we are all pretty happy - and that's part of it." 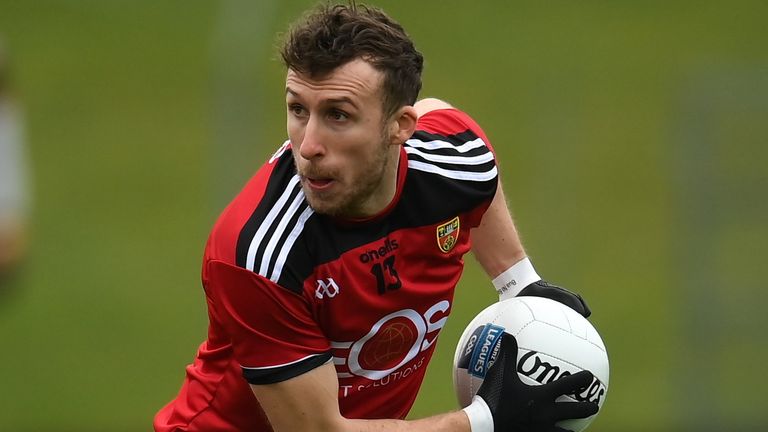 Everyone is entitled to their own opinion.

O'Hagan is not concerned by Branagan's comments

O'Hagan is now looking ahead to the Tailteann Cup.

Following the defeat to Monaghan, the Clonduff man had dismissed the second-tier championship.

"I don't care about it, to be honest," he said, shortly after the defeat to the Farney County. "For me, personally, I don't know about the group, I have very little interest in it, to be honest. I want to be in an All-Ireland." 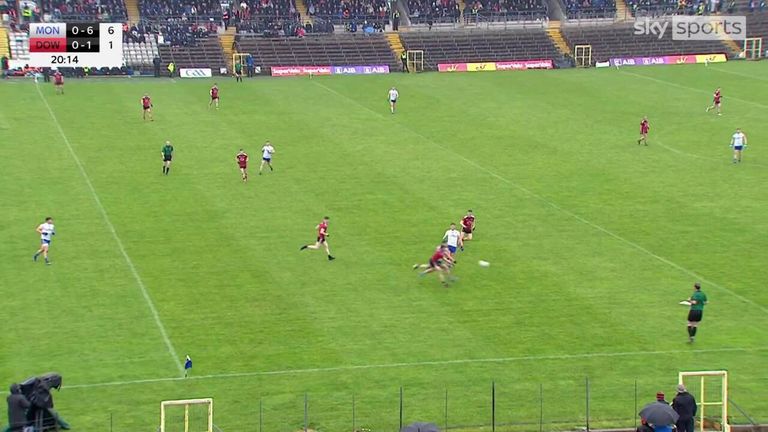 However, he rowed back on those comments at Monday's launch of the competition.

"Well that was probably within five minutes of our defeat against Monaghan, a heavy defeat," he reflected.

"My own performance that day was bitterly disappointing. I thought maybe if I had kicked even two or three we might have been in it at that stage.

"Look, it was probably emotions and stuff like that that got into my head. I was a wee bit disappointed and one of the questions I was asked was, 'Would you rather be in the Tailteann Cup or an All-Ireland qualifier?' So that's what made me make that comment and go down that route.

"Look, at the end of the day, we are where we currently are at this moment in time with Down. If we put our heads together for this cup and try to develop our team, it can be beneficial for us in the long run and that's what our stand is now and hopefully it will go that way."

Despite failing to win a single game across their eight matches in league and championship so far this year, O'Hagan says there are still positives for the county.

"I wouldn't say the season has been a complete fail," he outlined.

"If you go back through the stats throughout the league, I think we introduced something in the region of 22 players this year through league football. We had seven debutants that day against Monaghan.

"That's all youth and wellbeing for the development of Down. Yes, on paper, we might not have won a game but at the same time, we developed players. Putting those players through that aspect of having those defeats might boost them for later on down the line that when we do start to get this ball rolling properly, they're well equipped for it and they're able to then share the dreams of victories then." 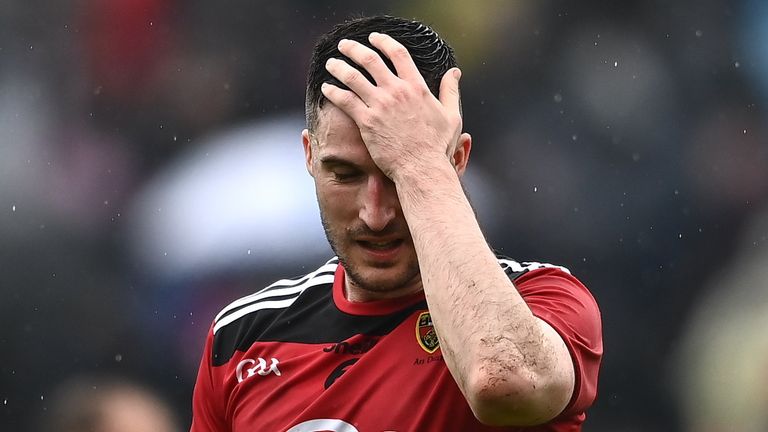 And O'Hagan is eager to play his part to help bring the good days back to Down football.

"I came in under Jim McCorry. Jim had one year and took us to Division One and the late Eamonn Burns took us for three years," he outlined.

"You'd never turn your nose down at silverware. Last year with the club, we did a league [delayed from 2020] before the very start of the league. It was a chance to win some silverware and we went with open arms to try and take it and thankfully we did.

"This is a chance of more silverware. When you win you gel better as a team, or so I'm told, I haven't experienced yet.

"It brings a good bit of momentum and with a bit of momentum you never know where you could go. Hopefully that starts with Cavan [in the first round of the Tailteann Cup]."