Peter Canavan reflects on the box office draw for round one of the All-Ireland Senior Football Championship qualifiers; Watch Mayo vs Monaghan live on Sky Sports Arena on Saturday, June 4.

There are those that would suggest that for a team to get back up and running in the qualifiers, it is better to get an easy draw.

But that can also lead to complacency. And in turn, that impacts the appetite. There could be less intensity at training as a result.

Mayo, Monaghan, Tyrone and Armagh will have no such fears. It is do-or-die in the first round of the back door, against fellow Division 1 opposition.

There is no doubt that these two ties will get the pulses racing for the teams involved.

I think from Monaghan's point of view, it is not a bad draw whatsoever.

Had they been drawn against one of the so-called lesser teams in the qualifiers, there would be far more pressure on their shoulders. And in recent years, Monaghan have not performed well against weaker counties.

It is when their backs are against the wall that this team produces their best football.

From that point of view, I see all the pressure being very much on Mayo. It's a home game for James Horan's side.

Perhaps similar to Tyrone in Healy Park, Mayo appear not to play their best football on their home patch.

I think Seamus 'Banty' McEnaney's charges will relish the prospect of travelling to MacHale Park, and taking on Mayo. It's a difficult assignment for last year's Ulster finalists but one they are very much capable of winning.

Any time Tyrone and Armagh meet on the football field, there is always an edge to it. It doesn't matter whether it is in the McKenna Cup, the National League, or indeed the championship. It is always competitive. And this one will be no different.

When Armagh hosted Tyrone earlier this year during the league, it was a sell-out. The Athletic Grounds was packed to capacity. So you can be guaranteed that this will be the same.

There was a great buzz in the Athletic Grounds last week for the Derry-Monaghan game so I'm looking forward to another big atmosphere for the clash of these two Ulster rivals.

With the four Division 1 teams in the qualifiers drawn to play each other, that leaves two all-Division 2 clashes.

It was a dream draw for the likes of Louth and Clare. Being realistic, had they been drawn against Mayo or Tyrone, they may not have fully believed that they could win.

But Louth will not fear playing against Cork. Nor will Clare and Meath fear each other.

It is a brilliant opportunity for those teams. 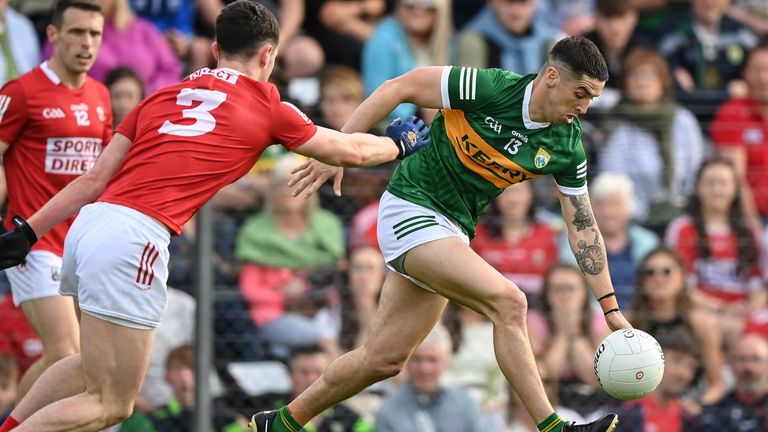 From a Cork point of view, if they can replicate their performance levels from the Kerry game, they will be hard to beat. However, that is a big 'if'. Finding consistency has been a major problem for the Rebels in recent years.

I think Mickey Harte will have his side well revved up for their trip to Páirc Uí Chaoimh. And that tie will be a lot closer than many people think.