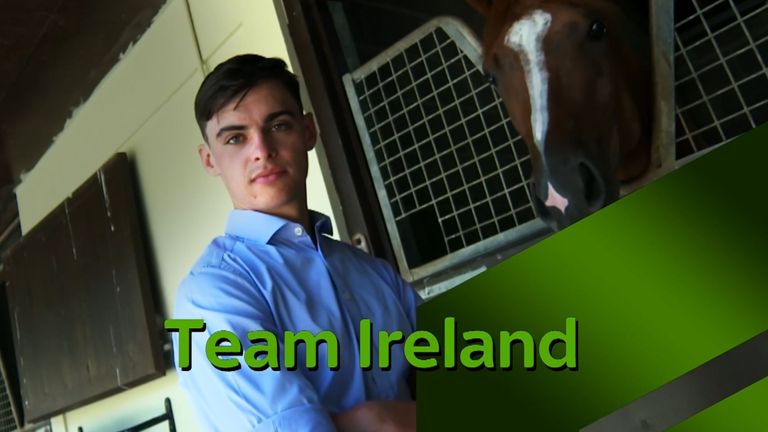 Flying the flag for Ireland in the Racing League are some of the Emerald Isle's youngest and most celebrated jockeys and trainers.

Brothers Joseph and Donnacha O'Brien, 28 and 23 respectively, team up as the Irish raiders heading to Newcastle on Thursday for raceday one.

Following rather similar paths, each O'Brien enjoyed a relatively brief but highly successful career as a jockey before joining their father Aidan as top-class trainers.

Older brother Joseph has 12 Group One wins to his name, including an Irish Derby, while Donnacha has also made a brilliant start in his first 18 months as a license holder, with two Group One successes already.

David Egan heads the team's trio of jockeys, having gone from strength to strength in recent seasons, including winning the $20m Saudi Cup on board Mishriff earlier this year.

He is joined by last year's champion apprentice in Ireland, Gavin Ryan, and the potential champion-in-waiting Dylan Browne McMonagle.

View from the stables

"Donnacha has had a great start to his training career and I'm looking forward to being on the same team as my brother.

"Dylan Brown McMonagle has had a great year, Gavin Ryan is a good, strong rider and David Egan has had a great couple of years, internationally and in the UK. We were lucky enough to have David have a winner for us last year and hopefully we can team up with some more in the next six weeks.

"Kevin Blake will spend most of the time trying to get on camera and in the pictures!"

"Joseph O'Brien is the backbone of our team, providing most of the ammunition, and Kevin Blake is the brains of the operation.

"David Egan is probably the wealthiest member of our team after his exploits on Mishriff. He's a top-class rider and we're lucky to have him.

"Dylan Browne McMonagle is going to be a champion apprentice in Ireland this year and is good value for his 3-pound claim.

"Joseph O'Brien is one of the oldest members of our team at the ripe old age of 28. He's only been training for five years but he's had multiple Group One winners, so he's not doing too bad. He'll form the bulk of the team.

"Donnacha O'Brien is a whippersnapper. He turned 23 the other day and has only been training for 18 months, after being a successful jockey.

"David Egan is our senior jockey on Team Ireland at just 22. He's working his way to the top table and his riding makes up for a lack of good looks!"