The former Scotland international's death was announced by his family and the Scottish Rugby Union on Saturday evening.

Weir, who won 61 Scotland caps before retiring in 2004, was diagnosed with MND in 2016 and used his profile to push for better research to be carried out into the disease, as well as appealing for improved care to be given to those afflicted by it.

Although his battle with MND gradually took its toll, Weir continued his fundraising campaign and set up the 'My Name'5 Doddie' foundation. While Weir never played the 13-man code, he developed a close relationship with Super League club Leeds Rhinos after their former player Burrow was diagnosed with MND in 2019.

Like Weir, Burrow has also raised awareness of MND through considerable charity work.

Earlier this month, Weir met with former Rhinos player Kevin Sinfield at the start of his 'Ultra 7 in 7' challenge, when he ran seven 'ultra marathons' in as many days for MND-related causes.

In a Twitter post, Burrow said: "So sad to hear the news of the passing of my mnd hero Doddie Weir.

"I'm sorry to say, how many more warriors die before this stupid government give the 50m they said they would give.

"I'm absolutely gutted to see my friendly giraffe die. You are the reason for being so positive RIP."

In November 2021, the government committed at least £50m to help find new therapies, and eventually a cure, for MND, a condition in which the brain and nerves progressively degenerate.

The Department of Health and Social Care have said they remain committed to spending "at least" £50m, although the MND association claim they are still awaiting a response to a letter from Health Secretary Steve Barclay.

"Doddie was a giant as a player, but his campaigning following his MND diagnosis made him a colossus," the former Rhinos captain said.

"I am honoured to have been able to call Doddie my friend and I know his spirit lives on in all of us who knew him. He will always be a champion."

In a statement released via the SRU, Weir's family spoke of his determination through adversity.

"Doddie was an inspirational force of nature. His unending energy and drive and his strength of character powered him through his rugby and business careers and, we believe, enabled him to fight the effects of MND for so many years," the Weir family statement read.

"Doddie put the same energy and even more love and fun into our lives together: he was a true family man. It is difficult to put into words how much we will miss him.

"MND took so much from Doddie, but never his spirit and determination.

"He battled MND so bravely and whilst his own battle may be over, his fight continues through his foundation until a cure is found for all those with this devastating disease." 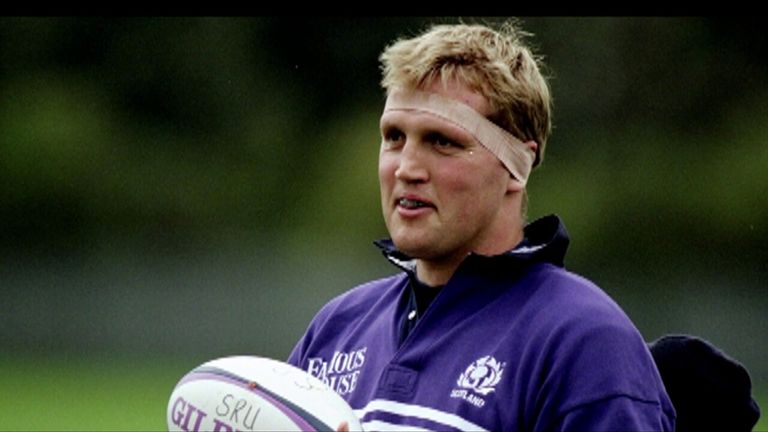 Scotland head coach Gregor Townsend has spoken of the "huge legacy" Weir will have.

Townsend said in a statement from the SRU: "The news of Doddie's passing is incredibly sad for his family and the whole of Scottish Rugby but it's also a time to celebrate Doddie's life and what he's achieved, particularly over the last five years.

"His fight against MND and his fight to find a cure for the illness has been inspirational. I know it's inspired so many people around the country to raise a lot of money for the My Name'5 Doddie Foundation which has in turn brought
together his friends as well as rugby clubs and communities across Scotland and further afield.

"Doddie will have a huge legacy as he's made such progress in finding a cure for MND and breakthroughs are already being made because of his determination."

Townsend said the moment when 61-cap Weir, who he described a "brilliant rugby player", presented the match ball when Scotland played New Zealand at Murrayfield earlier this month "touched everyone in the stadium", and added: "Our love and thoughts go to Doddie's family.

"We want to pay tribute to the big man who has made a huge difference and had a deep impact on the lives of so many over the last few years."

'A remarkable man' | 'He inspired us every day'

Beaumont said: "Today, the rugby family mourns one of its most inspirational members. His strength of character was unwavering, inspiring and moving.

"He channelled his determination into fighting his own battle, while also fighting the battle for all MND sufferers through his tireless campaigning and fundraising. Always with a smile. Quite simply, he was a remarkable man."

Weir's foundation also paid tribute to the former Scotland international's drive and determination in the battle against MND.

Jill Douglas, the foundation's chief executive, said: "Doddie enjoyed a full life, full of fun and love. And it was this approach to life which shone through in his determination to make a difference and help others when he was diagnosed with motor neurone disease. 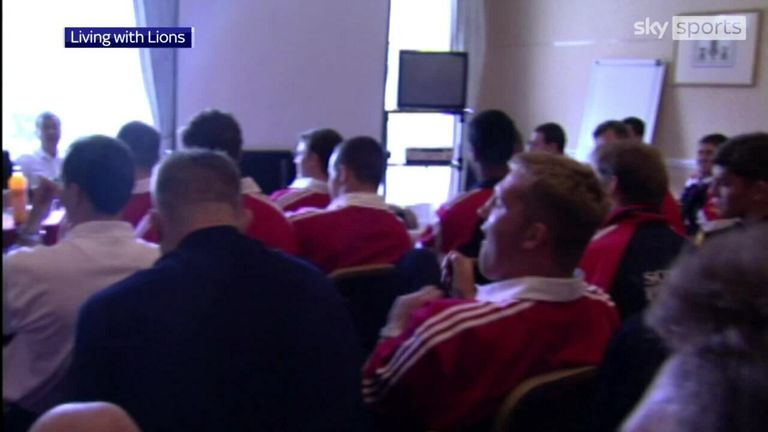 "He inspired us every day with his positivity and energy and was fully committed to the work of the foundation he launched with his close friends in November 2017.

"My Name'5 Doddie Foundation continues to shine a light on MND and the need to seek meaningful treatments and, one day, a cure for this devastating disease.

"And our vision of a world free of MND remains at the heart of our strategy. As we look to the future, we will honour Doddie's name and deliver on his legacy."

There was a minute's applause at half-time during England's match against South Africa at Twickenham after the news of Weir's death had been announced to the crowd.

A statement from the RFU read: "The England Rugby family are deeply saddened by the passing of one of the game's greats in Doddie Weir.

"A true character on and off the field. He will be greatly missed. Our thoughts are with his family and friends at this time."

'A fearsome warrior on and off the pitch'

"Doddie was a gentle giant, a big physically imposing second row. Sixty-one times he played for his country and he straddled the era between the game turning amateur into professional. He's also the only Scot to have ever scored two tries against New Zealand, in a World Cup quarter-final back in 1995.

"He was a larger than life character who was an inspirational leader for every Scotland player to have played alongside, and a hugely popular man in the wider game, too, a fearsome warrior on the pitch with that same strength and character off the pitch.

"Just a few weeks later after announcing he had been diagnosed with MND, he announced he was setting up a foundation, My Name'5 Doddie. They have raised millions upon millions for research into this horrible disease and hopefully one day a cure.

"He has been very visible and present in the last five years and just 13 days ago brought the match ball outside Kathy and his boys for Scotland's game against the All Blacks at Murrayfield.

"A hugely popular man, a tremendous rugby player, and what he's done over this last six years to try and fight this horrendous illness is testament to the mark he leaves on all the people whose lives he touched. He will be hugely missed."

"Doddie Weir as a rugby player was immense but beyond that... the more recent challenges and the way he's faced those, the way he's been a trailblazer and tried to find a cure for motor neurone disease, has been absolutely incredible.

"He will leave the world in a better place with all the work he and his foundation has done.

"He was a player who inspired many, but who also found fun in everything. He was a joker on and off the field and lit up every room he went into. It's incredibly sad to hear of what is sadly, inevitable news because motor neurone disease is one that breaks you down.

"Doddie's fight over five years has been one that has inspired many, he has fought it with such courage and humour.

"The way that he has faced the cruellest of diseases is just inspiring to so many people, and I think he is a loss that will be felt all the way around the world, in the rugby community and well beyond."